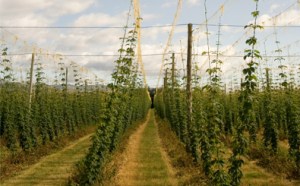 Research from the New Zealand Institute of Economic Research (NZIER) has revealed that beer in NZ is a $2.3 billion dollar industry.

Commissioned by The Brewers Association of New Zealand, the findings of the research show that the brewing industry provides both strong GDP input and is a considerable source of revenue for the government.

The report states that the brewing industry contributed $646 million to government last year in GST and Excise Tax, employed around 22,000 people both directly and indirectly, and also found that tourists spent $242 million on beer in New Zealand last year. A further $640 million of the total $2.3 billion figure is in value added GDP. 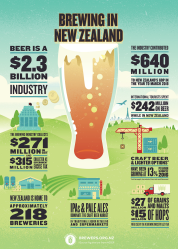 “It’s great to recognise how the brewing industry in New Zealand contributes to our economy,” says Dylan Firth, executive director of The Brewers Association of New Zealand.

“In the past few years we have seen a lot more excitement about beer and the growing range of styles and taste experiences it offers consumers; but to acknowledge what the industry contributes in an economic sense is important too.”

Understandably, these breweries are being frequented not only by locals, but by a growing number of international visitors seeking out a kiwi beer — to the tune of $242 million.

“This is unsurprising as New Zealand has a growing reputation internationally as a beer tourism destination… The opportunities for visitors to enjoy the vast range of quality beers on offer certainly reflects in how much is being spent,” says Firth.

Firth also highlighted the significant revenue received by the government from the brewing industry — $331m from GST and $315m from excise tax.

“The Brewers Association supports the moderate and responsible consumption of beer and I think it is important for us to acknowledge the positive impact our sector has on both government revenue but in a social sense too.

“There are positive social elements that come from sharing a beer with friends and family and we should celebrate that along with the fact the industry delivers strong economic value for the country.”