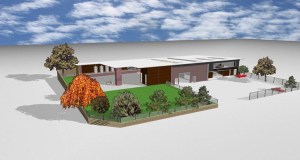 Brisbane Brew Partners has responded to requests for an on-site tasting room by acquiring a site next to the brewery.

The acquisition of a 2,500 sqm site adjacent to the brewery will mean that brewers will be able to showcase their products fresh and direct from the brewery floor.

The company, which applied to the council in late May, is still waiting for the council to complete the plan sealing before construction can commence. Both brewery and tap room are expected to open before the end of the year. It is hoped that the tap room will feature a kitchen, a bar and a small shop. Funding for the development of the site will come from the $15m budget for the brewery.

The new facility is expected to create a further 30 permanent jobs in the local area. A development application was lodged with the council on Wednesday 8 August.

“Everyone who has inquired about brewing with us, one of the initial questions was ‘will there be a tap house?’,” says owner Shaun Lockwood. “There wasn’t one planned, but it does make sense. We put the question out there on Facebook and there was nothing but positives coming back. There is nothing in this area – there’s nowhere to take a family and have a nice environment to have a beer. With landscaping, it could be sensational. Fingers crossed the council agrees.

“Our business model is designed to support the craft brewers, so all the beer that will be produced next door will be on offer. We’re there to support those that are there or wish to be there. The intention is that it will predominantly be a tap garden. We’re in a very popular inner city neighbourhood and we’re adjacent to the river. The entire site has a frontage onto the river.”