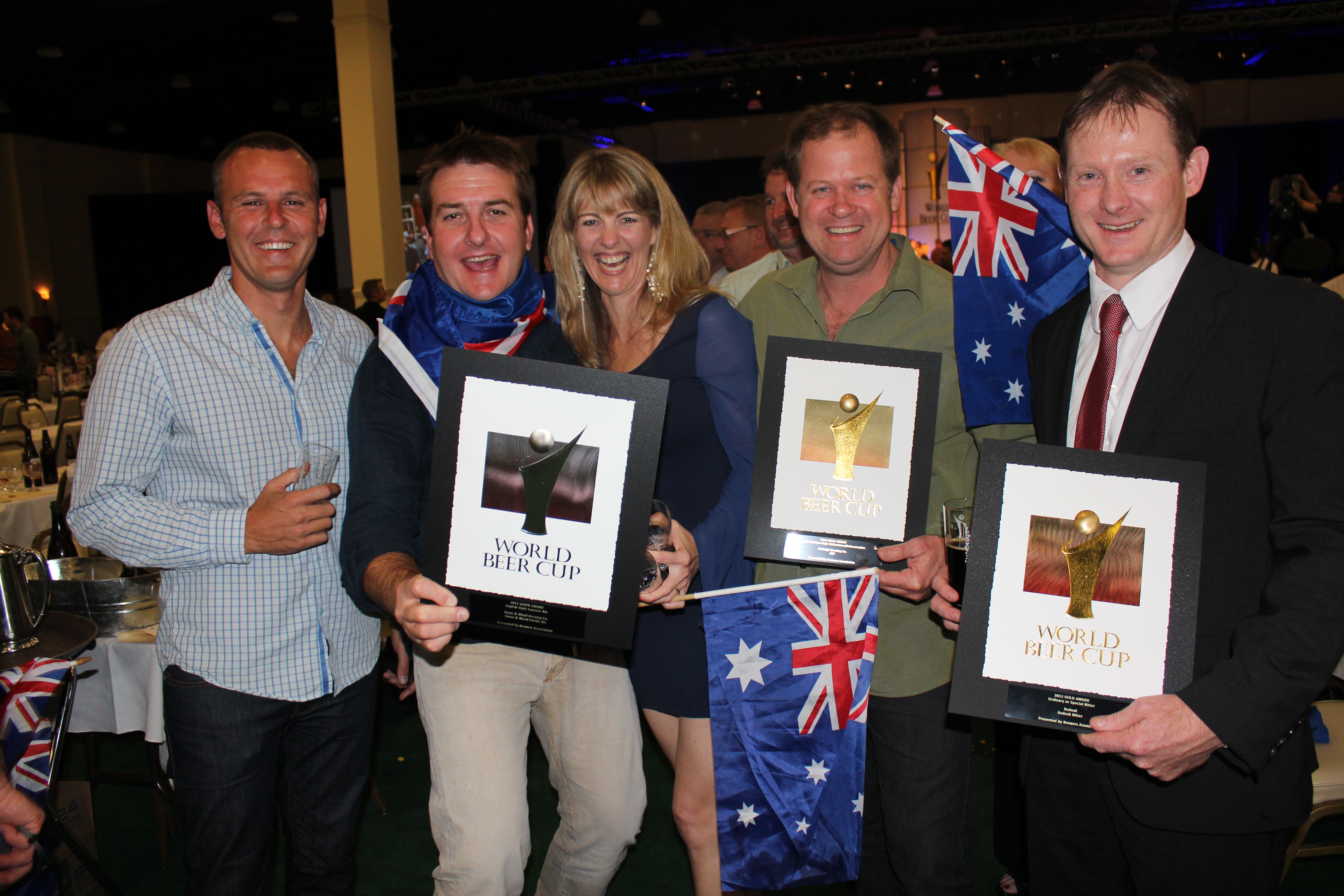 2 Golds and 2 Silvers to Australian Brewers

May 5, 2012 – Brewers from around the world received awards from an elite international panel of judges in the 2012 Brewers Association World Beer Cup. The ninth bi-annual competition boasted the strongest field of entrants on record, with 799 breweries from 54 countries and 45 U.S. states entering 3,921 beers in 95 beer style categories. A 17.7% increase over 2010, the entries were eligible for gold, silver and bronze awards in their respective categories. Judges presented a total of 284 awards.

With 15 breweries from Australia and two from New Zealand entering the WBC 2012, two breweries came away with gold medals and two winning silver medals, from the 95 beer style categories, as follows:

Congratulations to the above winners and all other breweries for entering. With 4 breweries winning medals from 15 breweries that entered, makes a fantastic conversion rate of 27%. Beer & Brewer would like to offer our services to collate all Australian & New Zealand entries for the 2014 WBC in Denver, Colorado, USA. Beer & Brewer was an endorser of the WBC 2012 and looks forward to working with the BA in years to come.

A detailed analysis of the entries and awards can be found in the 2012 World Beer Cup Fact Sheet (PDF).

“It’s called ‘The Olympics of Beer Competition’ for good reason,” said Charlie Papazian, president of the Brewers Association, the U.S.-based trade association that has put on the competition every two years since 1996. “The event brings together great brewers from all corners of the globe. Plus, the awards are highly regarded. A brewer who wins a World Beer Cup gold award knows that their winning beer represents the best of that beer style in the world. Congratulations to all the winners of the 2012 World Beer Cup. The Brewers Association and the proud sponsors of our event thank all participating brewers for their involvement.”

Click hereto see a gallery of photos and videos of the World Beer Cup on ourFacebook page.

Guests at the Gala Awards Dinner were able to taste some of the 3921beers entered in the WBC during the pre-drinks and also during the dinner.

The Gala Dinner saw 2030 guests attend to witness the winners of the gold, silver and bronze medals for 95 categories of beer styles. The layout was a beer hall type set up for tables and as you can expect an atmosphere you need to experience to believe.

Judges from 27 countries conducted blind tasting evaluations of the beers to determine the winners. Drawn from the ranks of professional brewers and brewing industry experts, these 211 judges came mostly from international breweries, with some 67% from outside the U.S. In addition to the judging panel, over 250 volunteers helped sort beer entries and steward the competition.