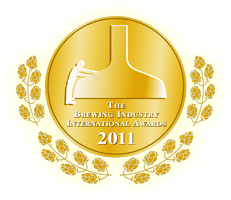 Brewers around the globe are today celebrating success in the Brewing Industry International Awards – widely dubbed the brewing ‘Oscars’ – after the list of 86 medal-winning beers was announced at the close of the three-day competition in Burton-upon-Trent.

Closing the ceremony, chairman of judges and Beer & Brewer contributor Bill Taylor said, “It has been a delight to stage the Brewing Awards back in Burton. We couldn’t have asked for a better show of support for this competition: entries outstripped the level of the last contest, judges from around the world freely gave their time and expertise and a raft of brewers and other industry organisations helped us with logistical challenge of staging the event in the new venue of the National Brewery Centre.”

He added, “The competition has exceeded the expectations of everyone involved – entrants, judges, sponsors and organisers. The Brewing Awards are back and the planning starts now for the next competition in February 2013.”

An audience of more than 100 industry and local guests gathered at the National Brewery Centre to listen to today’s announcement of the Gold, Silver and Bronze medal winners. The nine Championship beers have been selected and will be revealed at an Awards luncheon at London Guildhall in April.

Immediately after the end of the Awards, the National Brewery Centre opened its doors to the public for the International Beer Festival running until Sunday 13th. This is the first time in the 125-year history of the Brewing Awards that consumers are being given the chance to taste the competing beers.

Andrew Griffiths, MP for Burton-upon-Trent and vice-chair of the All Party Parliamentary Beer Group, said, “Burton was built on beer and is still widely recognised as one of the top brewing centres in the world. Hosting a competition of this calibre that attracted quality beers and respected judges from so many countries puts our town where it belongs – at the centre of the international brewing industry.”

Class 1 for Ultra Low Alcohol Beer up to 1.1% ABVAWARD