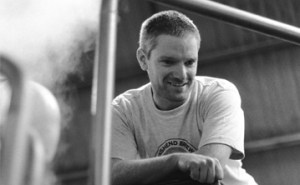 Since 6pm yesterday, New Zealand brewers, Yeastie Boys, has been offering fans the chance to own a piece of the award-winning company via an equity crowdfunding campaign on PledgeMe.

Yeastie Boys is looking to raise up to $500,000 to achieve the targets outlaid in its three year strategic plan, including replicating its New Zealand-based business in Britain, with plans to begin brewing locally by April.

One half of Yeastie Boys and founding partner and director, Stu McKinlay, said they hope to reach this target within 24 hours.

“Our heart, soul and mind has been invested into getting the business plan right. Now we want to get the job done and refocus back on the business of making great beer and getting it to the people who want it,” said McKinlay.

The offer document, which is both comprehensive and typically irreverent, outlines how Yeastie Boys aim to grow revenue by at least 450 per cent over its three year plan. It also sketches a high-end scenario which could see Yeastie Boys revenue grow by up to nine times. It is acknowledged that this later scenario would require further funding.

Yeastie Boys has lined up Aberdeen-based Brewdog, the fastest growing food and drinks company in Britain, to contract brew its beers while Instill Drinks will be responsible for national distribution.

“We’ve known for a while that there is demand for our beer in Britain and, as such, have been chatting with Brewdog for some time,” said Yeastie Boys directive creator and second half of the company, Sam Possenniskie.

For more information of the crowdfunding campaign, click here.