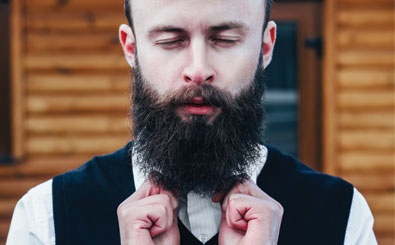 In the latest issue of Beer & Brewer we take a look at Extreme Beer. Not for the faint hearted, here is our list of the top 10 weirdest beer ingredients…

A Scottish recipe from the 1500s that involves brewing with a chicken carcass.

Based on the native corn beer of Central and South America, this beer is made using authentic ingredients like organic pink Peruvian pepper corns, yellow maize, Peruvian purple maize chewed by the chicha-maker. In other words, this beer contains human saliva.

That name isn’t just for pun’s sake. This beer has been brewed with live lobsters and dark cocoa powder.

Doesn’t the name say it all?

Probably the most hipster beer available, Beard Beer is brewed with a yeast created from Rogue brewmaster John Maier’s very own beard.

Cannabia is partially brewed as a traditional organic Pilsner, but then in the second step a “secret special organic hemp, source water and organic sugar blend is added before fermentation has ended”.

Celest-jewel-ale is made with lunar meteorites that have been crushed into dust, then steeped like tea in a rich, malty Oktoberfest.

Yes this beer is really made using coffee beans that have passed through an elephant. Japanese brewery Sankt Gallen calls the beer a chocolate stout, despite it not containing any chocolate.

Have we missed any? Email us here.

Check out the full Extreme Beer article in the Winter Issue of Beer & Brewer here.