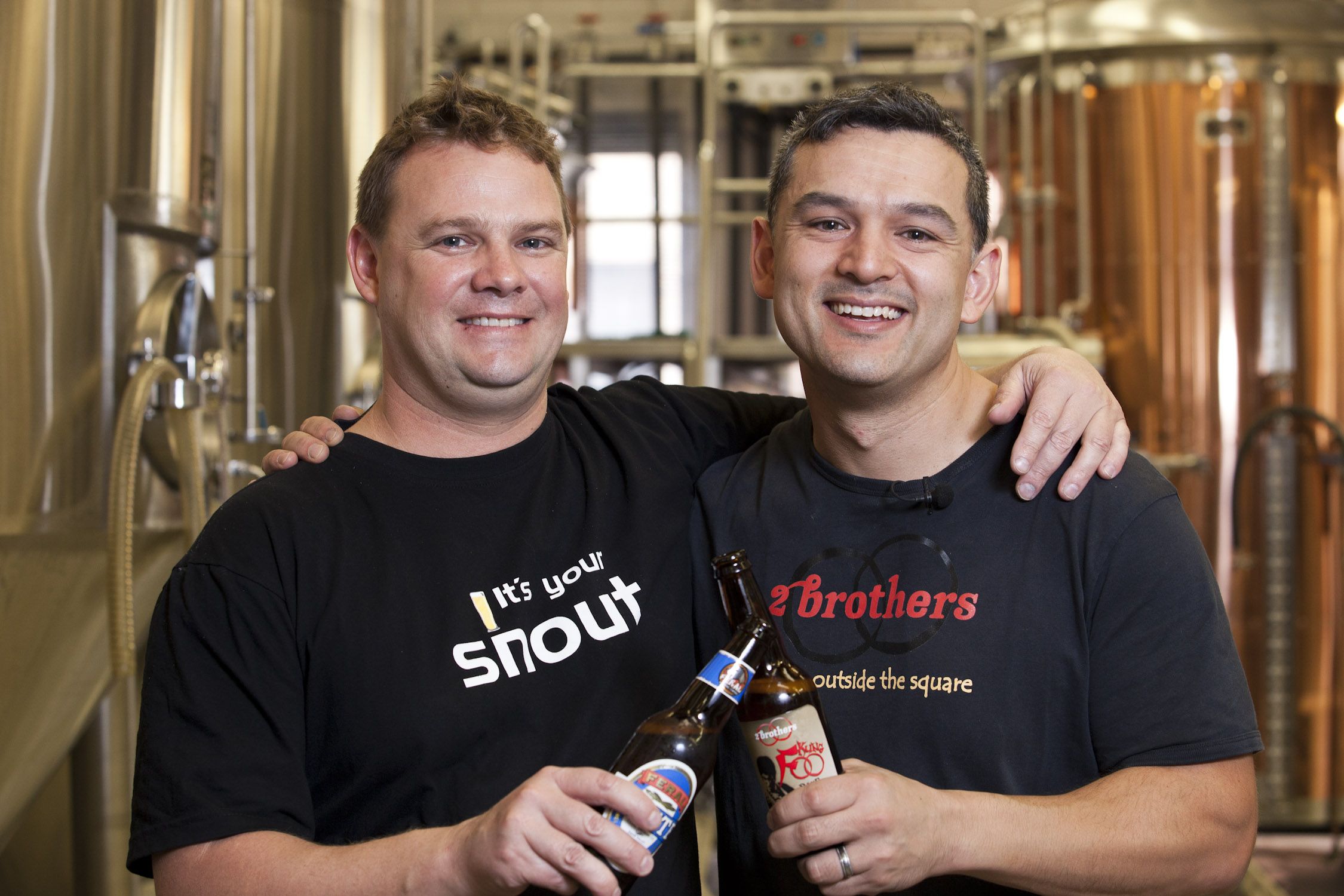 This week the Australian International Beer Awards’
proudly announced the production of a limited edition commemorative brew
to celebrate the 20th anniversary of the awards. Named Collaborator,
the Australian Brown Ale style beer is being created by Feral Brewing,
Western Australia, and 2 Brothers Brewery, Victoria, at the latter’s
premises in Moorabbin.

Brewing, of the mere 200 cases to be produced,
commenced this week with both companies honoured to have been invited to
be involved in the process. According to Andrew Ong, of 2 Brothers
Brewery, everyone is excited to be involved. “It is a once in a lifetime
opportunity to be asked to work with Feral Brewing for the AIBA’s
commemorative beer,” he said. Feral Brewing’s head brewer Brendan Varis
concurred, saying that the aim was to create something very Australian.
“We have decided to produce something that encompasses as much of the
Australian brewing industry as possible by using 100 per cent Australian ingredients,” he said.

The
first taste of this limited-edition brew will be at the AIBA
Presentation Dinner, in Melbourne, Australia on Thursday, 17 May 2012.

The production of Collaborator is also being sponsored by Hopco, Cryer Malt, Barrett Burston, Plasdene, and Pack Creations.