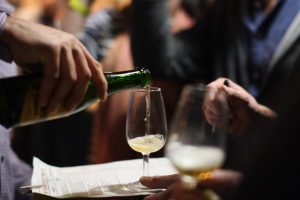 The Sydney Craft Beer & Cider Fair is returning to The Oak Barrel, Sydney, on 30 June 2018.

The seventh annual fair will feature 24 breweries and cideries, each pushed to provide something new. The Oak Barrel is a bottleshop that features several tasting rooms, which are cleared for event. The fair has a 70% turnover of exhibitors, as The Oak Barrel’s manager Ian Chainey looks to feature something new at each fair.

“The idea was originally and still is to get the actual producers in front of the customers,” he explains. “It’s about meeting other passionate people. We’ve had more of a focus on local brewers, although this year we have quite a few internationals. Some people bring in kegs for the day. People are bringing growlers of stuff they have on tap which isn’t available here.”

Returning brewers include Pioneer, Shenanigans, Two Metres, Frenchies, while Hop Nation, Prancing Pony, Bridge Road and Wildflower will there for the first time. In addition, international brewers from Sweden (Brekeriet and Dugges), Belgium (Boon) and the USA (Sixpoint) will also be presenting their wares. Ciders will be provided by Pomologist, Small Acres, Flying Brick and The Cheeky Grog.

“We’ve seen the quality of craft beer in Australia grow,” adds Chainey. “The product now is so much improved from where it was seven years ago. They’re been plying their trade for more years, so the quality is really consistent and really good.”

Tickets are available for the afternoon or evening sessions on The Oak Barrel’s website. The Oak Barrel is located on 152 Elizabeth Street, Sydney 2000.