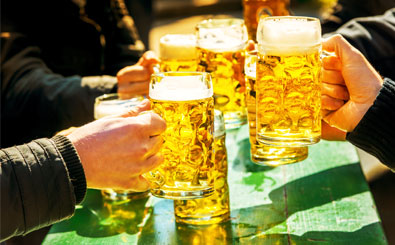 Over the last week media outlets around the world have been quick to pounce on a report from the Munich Environmental Institute, which claimed that it had found traces of the widely used weed-killer ingredient glyphosate in 14 of Germany’s most popular beers.

However, the Brauer-Bund beer association said the findings, which were based on a small number of samples, were not credible, while the Federal Institute for Risk assessment said the levels did not pose a risk to consumers’ health.

In a statement the Institute, which is known in Germany as the BfR, said: “According to media reports, in a recent study beer samples were analysed for glyphosate residues. Neither the original study nor sufficient methodical information on the analytical method and sampling procedure were provided to the BfR. From a scientific point of view, glyphosate residues in beer are plausible and to be expected in principle, since glyphosate containing plant protection products are authorised for uses in cereals.

“Residues in beer are allowed up to the maximum residue levels for the cereals used with consideration of appropriate processing factors. In Germany, however, for the approved late applications of glyphosate, which are leading to residues a label restrictions normally set excluding the use in cereals for brewing purposes.

“Apart from that even the highest contents published by the media (30 micrograms per litre) are so low that the estimated intake for an adult (60kg bodyweight) would be more than 1,000 times lower than the currently estimated amount that can be ingested daily over a lifetime (ADI, acceptable daily intake) or during one day (ARfD, acute reference dose) without appreciable health risk.

“In order to ingest quantities of glyphosate that would pose a health risk, an adult would have to drink roughly 1,000 litres of beer during one day. According to the current state of knowledge, glyphosate contents of 30 micrograms per litre beer do not pose a health risk.”

The Brauer-Bund beer association echoed the BfR’s comments, adding that there were a number of government controls in place to ensure that no harmful substances entered beer during the brewing process.