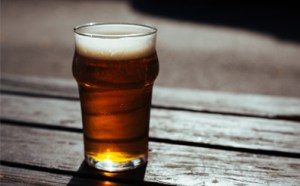 The Roy Morgan Alcohol Currency Report has revealed that of all Australians aged over 18, 39.1% drink beer.

Beer is consumed by 59% of men in an average four weeks, compared to only 20% of women. However, beer is fairly constant across ages, increasing slightly from 18-49 and declining for the 50+ age group.

In Australia, 128.8m glasses of alcohol were consumed by 11.6m drinkers in an average seven day period in 2017. Beer has the highest share, accounting for 44% of all alcohol volume consumed by drinkers, compared to wine at 32%. And while cider has experienced an increase in popularity over the last decade, it still represents only 3.3% of all alcoholic volume.

“While wine is the most popular choice of alcoholic drink among Australians, it’s interesting to note the largest volume of alcohol is beer, represent 44% of all alcohol in a 12 month period,” comments Michele Levine, CEO of Roy Morgan. “There has been a decline in alcohol consumption among men, who in the last 5 years have gone from 76.5% consuming alcohol to 73.9% in an average 4 week period. This is contrasted by the rise of women consuming alcohol, which has increased from 64.1% to 64.8%. Young people have also declined in alcohol consumption, with 18-24 year olds decreasing from 71.8% alcohol consumption to 68.1% in an average 4 weeks. This is compared to 50+, who have increased from 69.4% to 70.2%.”