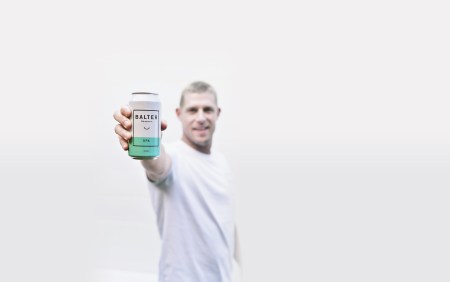 In our Autumn Issue, we have a pint with Mick Fanning, the professional Australian surfer who overcame that famous shark attack and went on to become a part owner of Balter Brewing. Here is an excerpt from that feature…

B&B: You took out the Samsung Galaxy Championship surfing competition in Jeffreys Bay, a year after the famous shark attack. Did the win feel extra special after what you’ve overcome this past year?

Mick: For me it was about wanting to right a wrong. I have had so many great memories and times there so to leave on the note I did in 2015 didn’t feel right. It was a great feeling to do that for myself.

B&B: Were you more determined going into that comp that you were going to try to move past the bad memories and secure a win?

Mick: It was the one event I still felt like I had something to prove to myself and yeah I did put a bit more attention into that event.

B&B: How did you celebrate?

Mick: I ended up having a great fun night at a local families place. A lot of my friends from the tour were there as well so lots of laughs and good times went down.

B&B: Balter Brewing launched last year – what made you get into the beer industry?

Mick: It was actually Bede Durbridge who came to me and asked if I wanted to get involved and I instantly said, “Why Not?”

B&B: Do you get involved with which beer styles are brewed and what they taste like or do you leave that up to Scott?

Mick: There is a bit of back and forth of what styles we think will hit the market best, but at the end of the day Scotty always has the final say. We truly trust Scotty as he a genius when it comes to brewing so why should we get in the way? Haha.

B&B: Do you have a favourite beer from the Balter range?

Mick: The XPA is definitely our favourite, but of the ones that Scotty has brewed for the brewery I really like. There is this Red Ale he whipped up called Little Red which I love.

B&B: When you’re not touring can punters expect to see you at the brewery bar?

Mick: Yeah! When I am home I am in there from time to time pouring beers and hanging out. A lot of my friends enjoy the brewery so I will go hang out with them for a beer also.

B&B: You’re obviously incredibly dedicated to get to where you are today, where did this drive come from?

Mick: It’s a personal thing but mainly it comes from being the youngest of five kids. I have always tried to be as good as I can be at everything to be able to out do my older siblings.

B&B: What’s the best advice anyone’s given you?

Mick: Believe in yourself.

For more from the Autumn issue, subscribe to Beer & Brewer here.