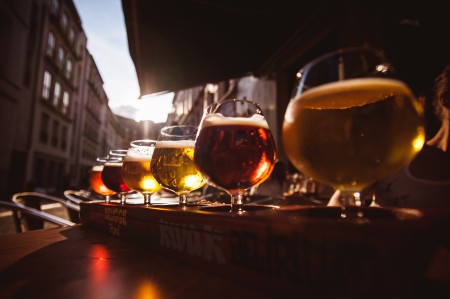 When comparing the price of most small-scale, Australian-made products versus those coming from mass production facilities owned by multinationals, it seems people have a reasonable appreciation of the factors impacting the retail price difference.

However when it comes to beer, feedback to craft brewers suggests that in some quarters there’s an expectation that all beer should be similarly priced. (Not to mention that all brewers should be able to give away a whole bunch of free stuff, but that’s another story.)

So how does it work in reality?

However these elements are but the tip of the iceberg. Other factors are also very relevant to the price of craft beer on the retail shelf or over the bar, as compared with multinational brands, whether brewed in Australia or overseas. For example:

Each of these factors impacts the overall price that we pay for craft beer at the bar or bottle shop.

A number of them also impact the overall nature of the product we’re purchasing.

Yes, mass production is a considerably more cost effective mode of manufacture. That’s a no-brainer. But for those who value such things, craft beer offers something different. Craft beer offers something that’s not mass-produced. And in a nutshell, that’s the point. It’s made differently from mass-production methods. It’s made by people who think and act differently from mass producers. By and large its economic impact remains cycling in the local economy.

So is it worth it? It depends what you want. Mass-produced beer can be offered at a mass-produced price. Craft beer comes at a craft beer cost. The main thing surely, is to ensure you get what you’re paying for.