Ex-True South brewer Sam Fuss has bitten the bullet and branched out on her own. The result is her own brewing company, Old Salt Brewing Co. With plans to use what she likes to call “walkabout brewing” (i.e. collaboration brews with other brewers around the country) Sam is looking to use the solid list of contacts she has built up in the course of her career to work on some interesting beers. 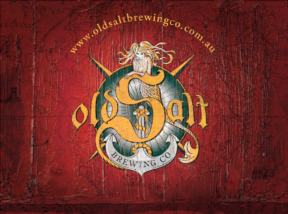 Having chatted a few times with Beer & Brewer, Sam revealed she is looking to release her first brew in the next week – though she was very cagey about what it might be. As she is flat out working with designers – on labels and artwork for the company presumably – she is a difficult woman to get a hold of. Nevertheless, stay tuned for more, as Old Salt is sure to be making waves before long.

Edit: Sam has gave Beer & Brewer a call to confide that her new brew is called Sea Breeze Refreshing Ale. Designed to be a refreshing, sessionable ale for easy drinking it has a good hoppy aroma and flavour with a solid fruity punch from the galaxy hops. Sam also says the beer is naturally cloudy with a full yeast character – something she is fond of now that drinkers aren’t always expecting a bright beer.

Sam also let us in on her future “walkabout” plans, which include a few collaborations such as one with Prickley Moses and another with Richard Adamson from Young Henrys to name but two.