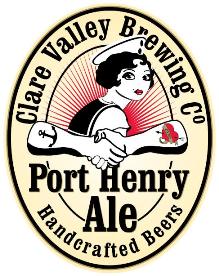 A leading South Australian winemaker has ventured into the world or beer with the ultimate aim of producing regionally-influenced beers using local ingredients.

The brainchild of Jeanneret Wines’ Ben Jeanneret and business partner Craig Harnett, the Claire Valley Brewing Co was last week granted a producer’s license by the SA liquor regulator, the first step along the path to their goal.

According to Ben the first move was an opportunistic one, though they had spoken about making beer for some time, when they got wind of a brew system that was up for sale, they snapped it up. “Since then, the equipment has sat in a pile while we got the boring side of things organised,” Ben jokes. “And there was a vintage in there somewhere too that slowed things down a bit.”

But never fear, the boys plan to start assembly of the system in June with a view to having their first beers on the market not long after that. “The plan is simply to make really good beer using very local products,” he says. “We’ll be using local spring water – from a real spring – and locally grown barley that we’ll have malted.”

Hops are a different story, of course, but the two brewers plan on experimenting with some home grown varieties. And as Ben says: “Who knows, the Clare may turn out to be a great hops growing area…”

Stay safe, stay home and make your own world-class beer or cider. The smarts are in the quality of our all-malt ingredients and the cleverness in our BrewKegs™.