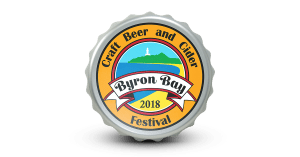 The inaugural Byron Bay Craft Beer and Cider festival will be held on 5 May, featuring over 20 breweries, live music and food trucks – and Beer & Brewer has some free tickets to give away.

Founded by two brothers and one brother-in-law, the festival is about celebrating the produce from the Northern Rivers, along with some other interstate favourites.

Food will be provided by three food trucks from Lismore’s Chilli Banditos, Byron Bay Samosa and Byron Bay Gourmet Popcorn. A barber will also be on-site all day, with an award at the end of the festival for the best beard.

To enter the ticket giveaway, head to the Beer & Brewer Facebook page.