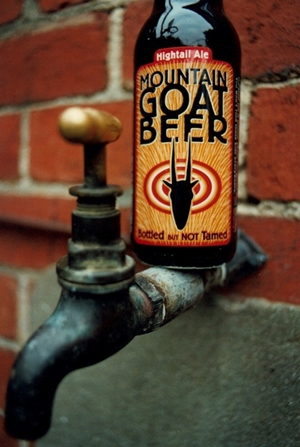 This October it will be twenty years since Mountain Goat Beer brewed their first batch of Hightail Ale and in honour of this milestone birthday, the Goats are going on a birthday tour across Australia.

On Friday 6th October the celebrations begin at their brewery home in Richmond, where they’ll be pulling out all the stops for an evening of prizes, giveaways and cold Goat Beers.

The party then continues to Sydney, Hobart, Adelaide and Brisbane, before finishing up in Fremantle. 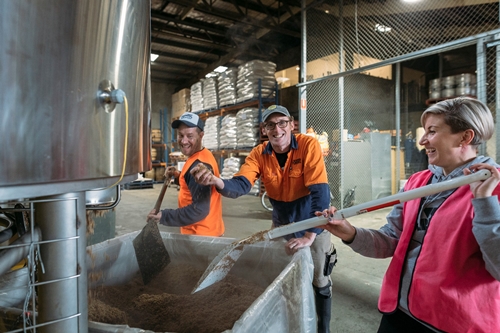 Jayne, Ian and Dave during the brew

For this Cross Breed, Head Brewer Ian Morgan brought back all the Goats who headed up the brewery before him: HPA’s Dave Edney, Jayne Lewis from Two Birds and co-founder Dave Bonighton. This brew takes their Steam Ale and turns it up to twenty, dry hopping with Galaxy for a big fruity hit.

Back to the Brewer is launching exclusively at each of the birthday events and will be available on draught and in 640ml bottles.

For full details, head over to www.goatbeer.com.au to find out how you can join the tour and say cheers to 20 years of Goat beers! 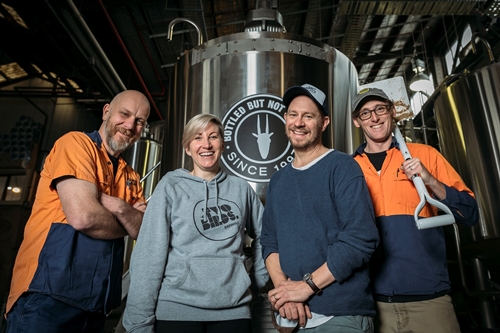 Mountain Goat Cross Breed: Back to the Brewer bottle shot