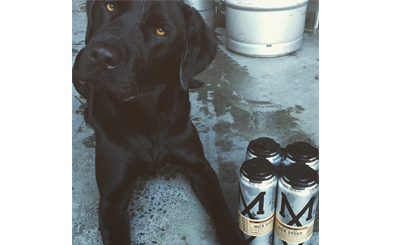 “We are very passionate and proud of our core range, but we still like to stretch our legs by creating seasonal brews,” Modus Operandi co-founder Jaz Wearin told Beer & Brewer.

“It’s very easy to fall into the trap of just pumping out your core range because of demand, but we like to keep our brewers and our customers excited about a range of different beer styles.

“In the past these special one-off brews have only been available at the brewery and a few select venues…but with the recent installation of our canning machine we are now able to can off the seasonal tank straight into cans and out to independent bottle-o’s within the week!”

“This was brewed just once last year and was received so well that we knew this was the right brew to kick off our limited release range. With a delicious thick brown head releasing rich chocolate notes on the nose, followed up by a smooth milky flavour, it is the perfect winter beer!” Wearin explained.

There are also limited amounts of Black Lab on tap at the following venues:

Warners at the Bay, Lake Macquarie