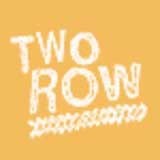 Citizens of Melbourne are well-known for their love of craft beer – and that reputation looks set to be cemented even further, following the opening of a brand-new craft beer bar in the suburb of Fitzroy.

Two Row Bar – the brainchild of Tiffany Waldron (aka Beer Girl Bites, from Good Beer Week), Chris Menichelli (Slowbeer) and Stewart Went (Cloud Wine) – has been created to provide “a home for cult beer, wine and spirits – along with the addled sould who like it’s a religion”.

The bar will feature a selection of five rotating taps – with “no regulars and no safe options”, according to Menichelli. “We’re reaching across the country and around the globe to showcase the weird, the extreme, the super-limited releases.”

“Two Row isn’t just a bar. It’s an oasis. A place to escape from the mundane and into a haven of intense hops, rarified botanicals, and quirky vintages. Our mission is to showcase the best, the wildest, and the most passionate expressions of beer, wine, and spirits,” said Waldron.

Two Row Bar can be found at 351 Smith Street, Fitzroy.