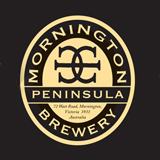 Matt Bebe – Managing Director, Mornington Peninsula Brewery, explains their decision to put in their own canning line as a conscious decision to take a risk, but one that will hopefully pay dividends in raising the profile of craft beer in Australia.

“We saw the US beer market is flourishing with cans over there, and figured that it was working well in the US for a reason,” Matt says. “But the other big reason we went with a can for our Pale Ale is that we believe that there are a lot of people who won’t move away from drinking canned beer… which means that they are unlikely to try a craft beer.”

The canning line, built by Wild Goose Canning in Boulder, Colorado, is a two-head filler system, which is capable of filling around 27 cans per minute, which works out to be about a pallet of beer every hour – but can be expanded to produce larger volumes down the track.

“We’re receiving great feedback about the beer – especially in terms of people who like to attend events, or go camping… places where glass bottles aren’t allowed, or where canned beer is preferable to glass,” Matt said. “Cans are easier to transport, they’re easier to dispose of and they are 100 percent recyclable.”

For more information, check out the Mornington Peninsula Brewery website.