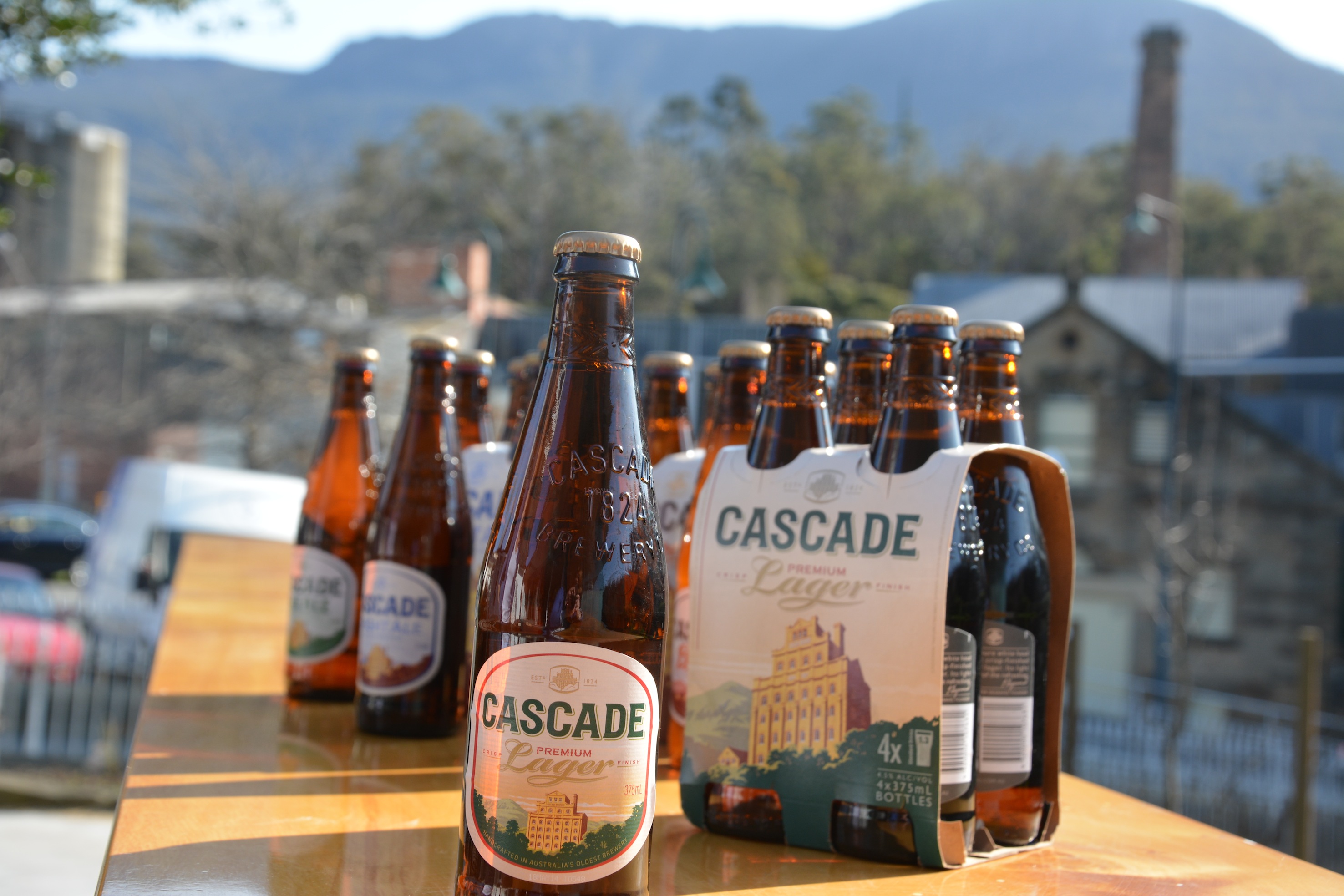 Announced on Tuesday, the the Cascade Brewery, in Tasmania the new changes include new packaging, improved brews, the axing of Cascade Pure and the launch of Cascade Bright Ale.

The facelift came with the admission that CUB had been neglecting the local icon in favour of international brands, to the detriment of the Cascade Brewery. However according to Craig MacLean, General Manager Craft Beer, that is now a thing of the past.

“We have under-invested in Cascade in the past, but this has now changed,” he says. “Today, beer drinkers are spoilt for choice so we’ve had to make some changes to the brand to ensure it can stack up against some of the country’s best beers.”

The changes include a “re-crafting” of Cascade Premium Lager with a change to all-Tasmanian ingredients with imported Hersbrucker hops replaced by Tasmanian Summer hops. The beer has also been reduced to 4.5% ABV – down from 5.0% – however Head Brewer, Mike Unsworth, believes that this has improved the taste.

“After extensive testing, this is the final brew we reached, which with the Summer hop is more balanced and has less of a bitter aftertaste,” he says. “It’s generally a much better tasting beer.”

Cascade Blonde has also been tweaked to create “a better mouth-feel and slightly cloudy appearance”, while Cascade Pure has been dropped entirely to make way for a new beer.

Cascade Bright Ale is described as “a beer with brilliant clarity, made from 100 per cent malt”. The hop profile features Pride of Ringwood (bitterness) as well as Galaxy and Cascade (both aroma hops). According to Cascade Brand Manager, Louise Thiele, Cascade Bright Ale is the only beer in the Cascade range that uses Galaxy hops, despite the fact that the popular variety was first discovered in the Cascade breeding program – debuting in the 2006 Cascade First Harvest brew.

In terms of packaging, the bottles are to be brown glass and embossed with 1824 – the year the company was established – and ‘Hobart Tasmania’ – the home of the brand. The label and pack design has been given a “retro makeover” now displaying the image of the brewery itself, a key new branding concept.

The new and improved range of Cascade beers will be available in new formats, including a four-pack cluster and 16-pack carton. A pick and mix program will be implemented in selected stores allowing consumers to pick and choose different beers from the range.