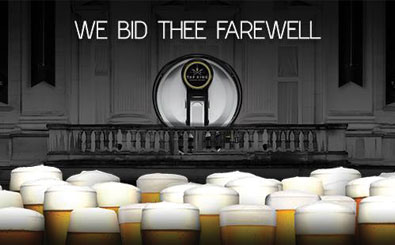 Tap King has officially been discontinued by Lion, with the company announcing that “sales have not met expectations”.

Launched in 2013, the 3.2-litre take-home vessels aimed to provide the draught experience in the comfort of people’s homes.

However, when the brewer discontinued XXXX, Tooheys and Hahn from the Tap King keg range last July to focus purely on James Squire, it seemed all was not well with the system.

The end of Tap King has now been confirmed in a statement: “It is with a heavy heart that we must announce the end of the Tap Kingdom. The pleasure of draught beer at home was enjoyed by many, but unfortunately the time has come to discontinue Tap King and bid thee farewell.

“Since launching Tap King in 2013, we have appreciated the unwavering loyalty of our Kings and Queens.

“However, ultimately sales have not met expectations and the Royal Council has had to make the most difficult of decisions and stop supplying stockists. We recognise this will disappoint many of you which we greatly regret, but we hope you will always remember your Tap King experience most fondly.”

The Tap King Facebook page has been inundated with disappointed and angry users who have purchased the dispensers but now have no way of buying refills.