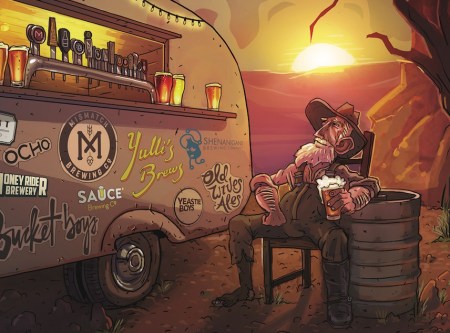 The ‘Caravan of Craft’ opens with a Meet the Brewers session from 6pm, when the first week’s line-up of gypsy brews and interactive events to be held over the month will be introduced.

“Winter is when ‘office water cooler chats’ turn into dreams and ambitions,” said Licensee Andrew Merrick. “Gypsy Brewers are the guys who turned those dreams into reality using whatever they could borrow and by travelling as far as they need to go to brew some beer!”

Some of the more interesting brews that will be pouring over the month include the Royal Tanninbomb Double Earl Grey IPA by Yeastie Boys, Deciduous Rye IPA by Ocho, Shenanigans Brewing’s Hoppy Gonzales, Fruit Tingle by Merchant Brewing and The Lumberjack Barbe Rouge Red IPA – a collaboration between Shenanigans and Bucket Boys. 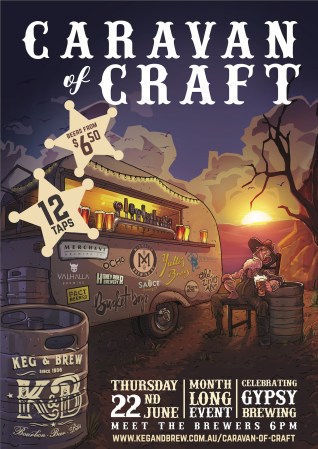 “We just wanted, coming off the end of Good Beer Week in Melbourne and GABS, to supply craft beer enthusiasts and Keg & Brew patrons a very, very limited, special release of beer – some of which will be the first and only time they’ll be able to be tried,” Billie Schwamberg from the Keg & Brew told Beer & Brewer.

“Some of them are very limited from the last kegs of GABS, some are experimental brews that will never be brewed again – we have 33 taps here and we’re dedicating 12 of them over this month to gypsy brewers.”

The Caravan of Craft also provides the opportunity for many of these brewers to get a run on tap at a popular craft beer venue, exposing them to a wider audience.

For more information, head to the Keg & Brew’s Facebook page.