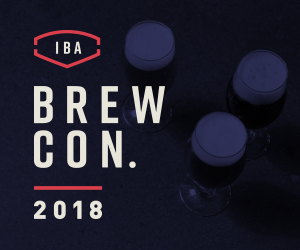 The sixth annual brewers conference is set to be held in Sydney’s Australian Technology Park from 26-28 June.

The conference concludes with the Independent Beer Awards Aus. (formerly the Craft Beer Awards), a night where the industry gets together, beer in hand, to support and celebrate the independent beer industry.

Kim Jordan, co-founder, executive chair and former CEO of New Belgium Brewing will present the keynote address at this year’s conference. She was recently named one of 2018’s 30 World-Changing women in Conscious Business.

The full BrewCon program is being unveiled on 13 April, but some of the big names who will present include:

The IBA has also launched new branding, as well as a rebrand of each of the IBA’s keystone events: BrewCon and the Independent Beer Awards Aus. a.k.a – The Indies.

Early bird tickets are on sale now and will close on 27 April 2018. For more information about BrewCon, check out the new website.