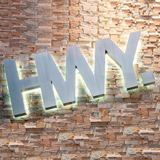 The second annual Highway Hotel Craft Beer & Cider Festival will be held on the weekend of 5-6 April, 2014.

The Highway stocks more than 340 different lines of craft beer and over 50 ciders, and they’re throwing this party to celebrate the surge in craft beer popularity. It’s more than just the beers on offer – the weekend will feature Cooking with Beer demonstrations from Paul Mercurio and Callum Hann, alongside a specially prepared menu from Head Chef Nick Finn.

For more info, head to the Highway Hotel website.