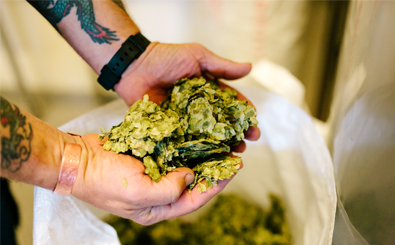 Thanks to continued and increased demand for hop-forward beers, hop acreage continues to climb in the US and across the world, with US acreage almost doubling in five years.

Despite a decrease in overall beer production, demand for hops continues, as signalled by hop contracts thanks to a greater thirst for more heavily hopped beers.

While the continued demand for growth is good news overall for hop growers and brewers, it is not without some concern: US acreage has grown 75.5 per cent in just four years.

If anticipated acreage is actualised, then in five years’ time, hop acreage in the US will have practically doubled. Thanks to increased contracts with breweries and the rapid efficiency of US growers who can respond so quickly to customer demand, hop acreage has risen 95.8 per cent in five years.

Ann George, the Executive Director of Hop Growers of America, said: “To put it into perspective, the US acres added in the last five years is larger than the total acreage of any other hop-growing country in the world, outside of our own and Germany, the two largest hop-producing countries.

“Further, our estimated 2017 acreage increase (5,185 acres – a 9.8 per cent growth) by itself is larger than other individual countries’ total acreage outside of the US, Germany, and the Czech Republic.”

While the continued and rapid growth of acreage has some concerned about an imbalance in variety as tastes change and growth in the craft segment begins to slow, growers will be looking to rebalance that over the coming years.

Overall, thanks to many more craft customers, and a seemingly unquenchable thirst for IPAs and other highly hopped beers, the result for US growers is a far more stable market than in past years: high demand and a diversified customer base. As brewers are looking to plan for their hop requirements, responsible, realistic contracting is encouraged to keep supply and demand in proper balance for the 50-plus varieties being grown in the US.

“When a brewery has a hop variety they depend on and is crucial to their operation, it is dangerous to rely solely on the spot market. Growers rely on forward contracts to plan their acreage for many years out into the future. However, contracting an excessive amount above their needs is not wise either as brewers can be left with expensive hops that they may not be able to sell to other brewers,” said Patrick Smith, Vice President, B.T. Loftus Ranches, Inc.

“Over-contracting can also lead to a surplus in the market which tends to discourage future investments in productive capacity and leads to increasing market instability. A surplus can be just as disruptive to the market as a shortage.”

In addition to acreage increasing in the US, the stocks (amount left in storage with brewers, growers and merchants) are increasing as well. While the volume of hop stocks have been increasing every year – the USDA NASS March 2017 report showed a nine per cent increase, and a 7.5 per cent increase the year before that – the overall production has grown in relation to the acreage increases. So, the percentage relative to the overall US crop has gone down.

In addition to volumes of stocks increasing, there are also developing trends with the stock reports showing a rise in the amount of stocks being held with merchants, and less with brewers. As a perennial plant in which one harvest needs to last a full year of brewing demands, it is typical to have stocks larger than 100 per cent of any given year’s production at this time of year.

“Overall, we are excited with the rejuvenation of our industry over the last few years,” notes Smith. “Looking to the future, long-term stability in the supply-demand balance and pricing is in the best interest of brewers and growers alike. This is best achieved through frequent communication and responsible contracting between brewers and their hop suppliers.”