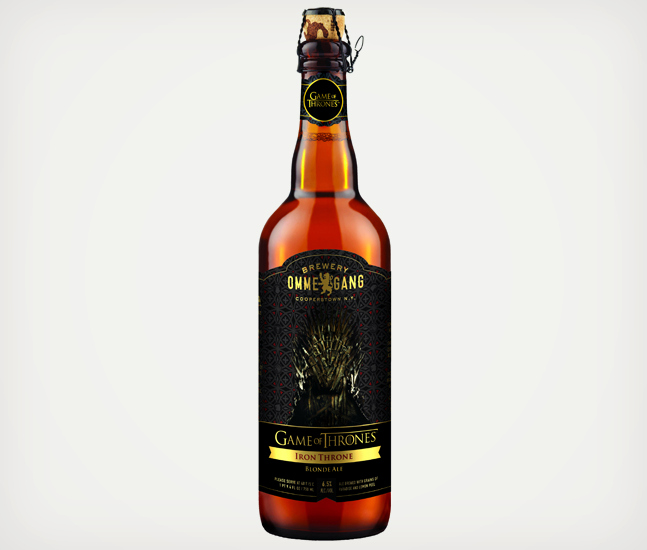 For those beer fans that are also glued to their ill-gotten episodes of the latest season of the revenge, incest and power struggle laden TV series Game of Thrones: your time has come.

Word on the street is that you will soon be able to sip a Belgian-style, Game of Thrones–branded beer care of the New York-based brewery Ommegang.

The Westeros-inspired ‘Iron Throne Blonde Ale’ will be availableon March 31, according to theNew York Times, in order to coincide with the show’s season-three
American premiere.

But if you’re not a fan of King Joffrey – the actual blonde in question – don’t fret, there are apparently three more official George R. R.
Martin-approved beers on the way.

And if you’re in New York next year you might also catch some Game of Thrones medieval cuisine-style food truck action to go with your beer. Sometimes hipsters have the best ideas.