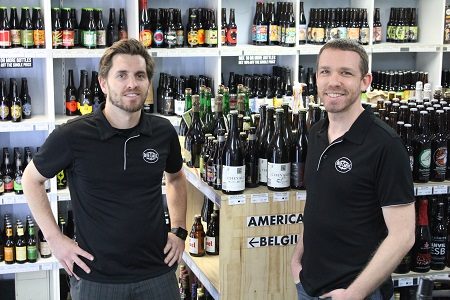 A study of more than 2,500 home brewers in Australia has revealed some interesting results, revealing that while home brewing overall is increasing in popularity, only two per cent of home brewers are female.

The inaugural Australian Home Brewers Survey undertaken by craft beer retailer Beer Cartel has shown that the number of home brewers in Australia is increasing, but there are very few females getting involved.

Pale Ale is Australia’s most home brewed style of beer, brewed by 86 per cent of home brewers.

On average, those surveyed had been home brewing for 6.9 years and the more advanced All Grain brewing is the most popular home brewing technique.

Richard Kelsey, Director of Beer Cartel, said the research provided some interesting results, particularly the low participation rate of women, with just two per cent of all home brewers being female.

“Within that, we found 20 per cent of craft beer drinkers were female. I would have thought there would be some correlation between craft beer drinking and home brewing, but at present it doesn’t seem to be inspiring females to give home brewing a try.”

Kirrily Waldhorn, who is a member of the Pink Boots Society of Australia, an organisation created to empower female beer professionals, said the study was a fantastic initiative at better understanding the Australian home brewing landscape, but the fact so few females were home brewing was disappointing.

“We know the image of beer is changing and it is now much more accessible and open to women. Pink Boots as a group is growing and we’re seeing more females take up roles throughout the whole of the beer industry. But there does still seem to be a stigma around actual brewing through, whether it be commercial brewing, or home brewing. It’s still seen as a bit of a male domain and that really needs to change,” said Waldhorn.

You can learn more about the 2017 Home Brewer Survey and view the full results on the Beer Cartel website.