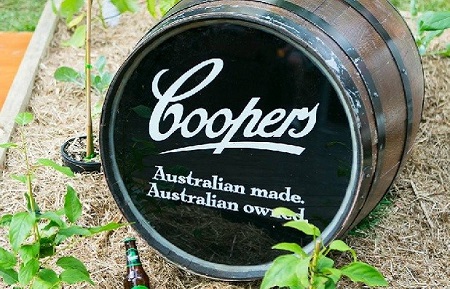 Coopers has copped a social media backlash after a video was released by the Bible Society, which showed two Liberal politicians discussing marriage equality.

The clip, which featured Gay Victorian MP Tim Wilson and conservative Christian MP Andrew Hastie discussing their opposing views on marriage equality, was the start of a series called Keeping it Light; the idea was to have “light conversations on the heaviest topics”.

The video features Coopers’ Premium Light Beer after the brewer released commemorative cans of the brew to celebrate the Bible Society’s 200th anniversary. The video was subsequently slammed by social media users, complaining that the brewer was pushing a religious message, that it was trying to sell beer on the back of such an emotive topic and that it meant the brewer’s values were not aligned to many of its drinkers or venues.

But despite releasing the commemorative cans, Coopers has said that it did not give permission for the beer to feature in the video.

“We want you to know that Coopers did not give permission for our Premium Light beer to feature in, or ‘sponsor’ the Bible Society’s ‘Keeping it Light’ video featuring Andrew Hastie and Tim Wilson.

“We respect the beliefs of our community and do not wish to try and change them. Our family brewery is made up of individuals from a number of different backgrounds, all of whom hold differing views on politics and religion, which we think is reflective of the wider community.

“We would like all Coopers fans to know that we support and embrace all of our beer drinking community.”

Unfortunately for the brewer that message seems to have been largely missed in the social media outrage, with many people claiming this now shows that Coopers is opposed to equality.

Coopers has previously produced a number of celebratory cans to recognise the historical achievements of a wide range of organisations, but as long as consumers feel that it was involved in this video clip, this charitable celebration could prove to be damaging for the brewer.

TheShout has approached Coopers for further comment on this.