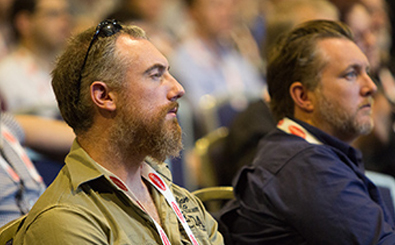 Having moved to Queensland last year, the Craft Beer Industry Association’s (CBIA) national conference and awards are on the move again, this time heading to South Australia.

The CBIA has announced that the 2017 conference will take place in Adelaide from 25 to 27 July. CBIA’s executive officer, Chris McNamara, described the Australian Craft Brewers Conference as the premier professional development event for craft brewers across Australia and beyond.

“Brewers from across Australia, New Zealand and parts of Asia join together at the conference and trade expo to learn and build important networks,” McNamara said.

“The growth of the ACBC reflects the quickly growing marketplace for craft beer and is a sign of our high brewing standards and the regard with which the Australian craft brewing industry is held.”

South Australia’s Tourism Minister Leon Bignell who also has oversight of the state’s burgeoning beer industry as Minister for Agriculture, Food and Fisheries was delighted to welcome the conference to South Australia.

“These events are not only about enjoying local beer, they also shine a spotlight on our state, with 500 producers from around Australia and overseas travelling here specifically for it,” Bignell said.

“I want to congratulate all of South Australia’s brewers for the huge commitment they have put into establishing new beer businesses and growing existing breweries. They have helped add to South Australia’s reputation of being Australia’s premium food and drinks state.

“Our local beers are world class and it will be terrific to have visitors from around Australia here for the important national conference and awards where they will continue the collaboration, which is a hallmark of the Australian craft beer industry.”

Next year’s conference and awards will be held alongside the Adelaide Beer & Barbecue Festival, now in its third year.