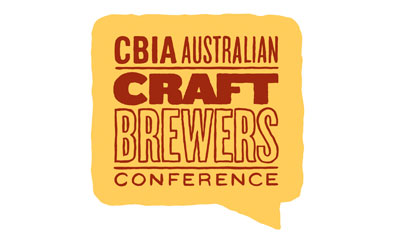 For the first time, the Australian Craft Brewers Conference (ACBC) and the Craft Beer Awards will be combined into a week-long event in Brisbane from 18-21 July.

Organised by the Craft Beer Industry Association (CBIA), the week will also include a fringe festival involving local venues.

“The official part of the week will be two days of judging for the Craft Beer Awards followed by two days of the Australian Craft Brewers Conference,” CBIA executive officer Chris McNamara told Beer & Brewer.

“The final day of the conference will be followed that evening by the Craft Beer Awards presentation ceremony.

“But we don’t want to keep all of these interesting beer people to ourselves so we will be working closely with the bars, pubs and breweries in Brisbane to create a fringe festival around the conference and the awards.”

Previously, the conference had been held during Good Beer Week in Melbourne and the awards during Sydney Craft Beer week, however the CBIA felt it was time to take the festivities ‘on the road’.

“We’ve been very lucky to have been a part of Good Beer Week and Sydney Craft Beer Week these past few years and now we are very excited to take the show on the road,” McNamara said.

“Being a national body we have always been of the belief that when it was possible we should take our events to other parts of the country.

“Craft beer has really taken off in Brisbane and surrounding areas like the Gold Coast, Sunshine Coast, Ipswich and the Northern Rivers in recent years so it will be great to help showcase this. A week in the Queensland sunshine won’t be bad in the middle of winter either.”

While the conference will have a similar structure to 2015, there will be more of a focus on high level technical information, international speakers, QA/QC and an expanded Trade Expo this year.

“Having the two events together means the national craft beer industry from brewers to suppliers, can gather on mass for a week of dedicated activity aimed at strengthening the industry, building networks, expanding knowledge and gaining valuable industry insights,” McNamara said.