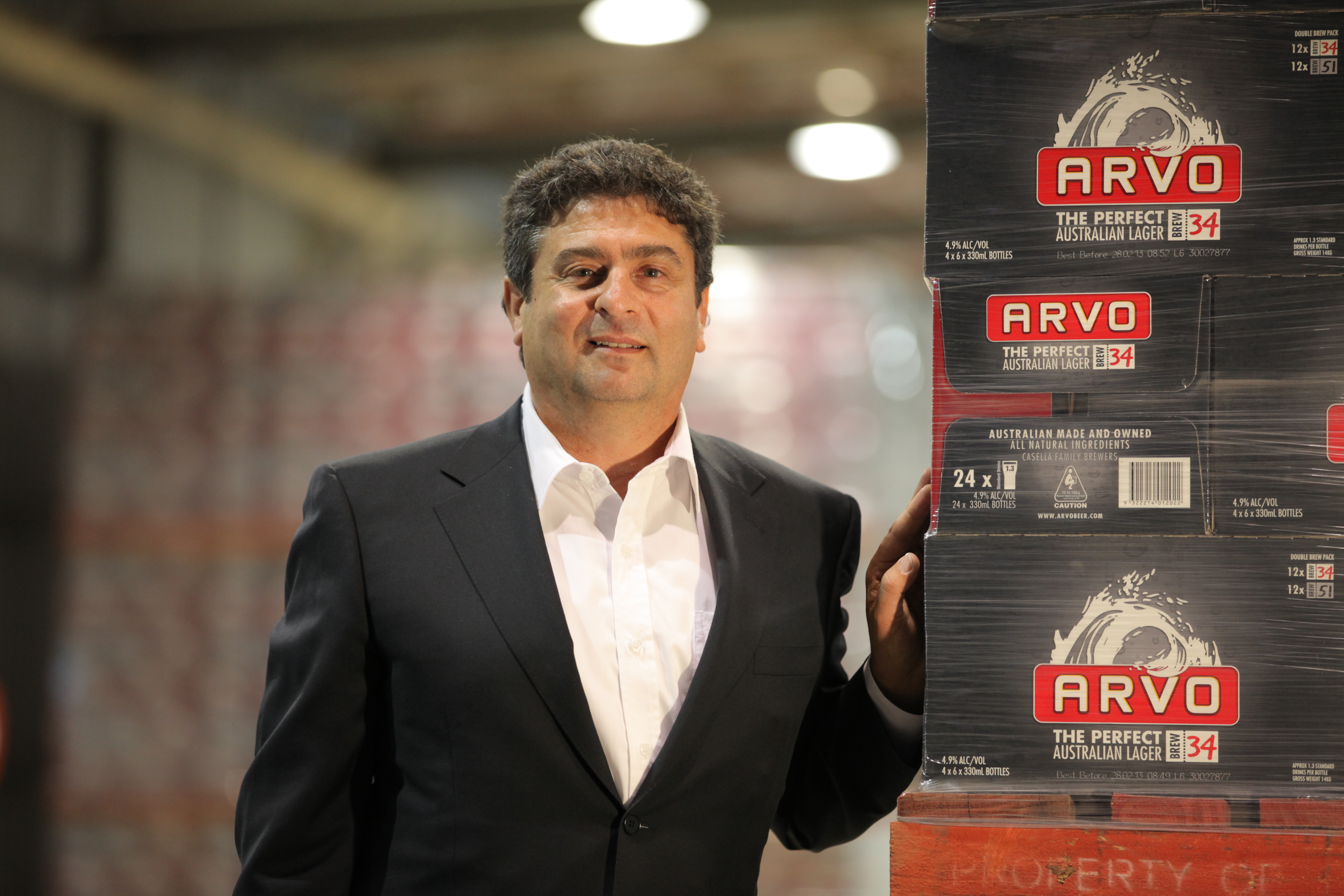 MEDIA RELEASE 22 August 2012 – Casella Wines is pleased to today announce that it has signed an Agreement with Coca-Cola Amatil (CCA) with a view to the formation of a joint venture partnership in the future.

Under the terms of the Agreement a new entity will take over Casella’s current brewing operations after 16 December 2013, and from that time, the joint venture company, the Australian Beer Company, will be responsible for the brewing and marketing of the company’s beer products.

This vision to form a joint venture does not include Casella’s winery business which will remain 100% family-owned and operated by Casella.

Casella Wines’ Managing Director, John Casella, said the signing of the Agreement with CCA marks an exciting new chapter for Casella Wines and the company’s expansion into the beer category.

“Many synergies exist between the two companies, and the prospect of any future partnership with CCA would provide tremendous scope to develop our brewing operations faster and more broadly than we could do on our own,” John said.

“CCA’s distribution network and proven credentials in beer and marketing capabilities are unrivalled, as are our world-class facilities, precision in manufacturing, and ability to deliver quality products year on year.

“We’re confident that the strengths which both parties could bring to a partnership would be a winning combination and would deliver vast opportunities to further develop our brewing operations.

“Given we’re only in our infancy with regard to our beer brewing initiatives, CCA’s future participation in the joint venture is a great endorsement of our capacity to transfer our skills and knowledge of winemaking into brewing beer and our vision for the future.”

Coca-Cola Amatil’s Group Managing Director, Terry Davis, said: “This new agreement with Casella will give CCA the opportunity to access a world class, low cost brewery which will enable us to re-enter the premium beer market in Australia after 16 December 2013 with sufficient initial manufacturing capacity to cater to approximately 15% of the premium beer market in Australia.”

Note: Under the terms of agreement reached in connection with CCA’s sale of its share in Pacific Beverages, CCA is currently subject to a restraint not to sell, distribute or manufacture beer or cider in Australia until after December 16, 2013.