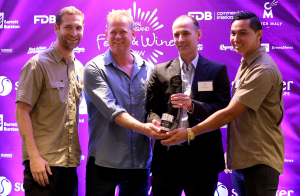 For the second time in its history, Burleigh Brewing has won the 2019 Grand Champion Beer at the Royal Queensland Food & Wine Show.

Its limited release Burleigh Bock was announced as the overall champion as over 340 submitted beers from 48 breweries were judged at the show. The beers deemed to be the best in the eight individual categories were pooled together for the final tasting to determine the Grand Champion Beer for 2019. Burleigh Bock was named Champion Strong Beer.

“Burleigh Bock was fantastically malty and had great complexity of flavour and was deemed to fit the style very well, demonstrating finesse,” the judges said. 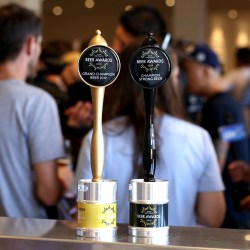 As well as the Grand Champion Beer status, Burleigh Brewing was also awarded a $5,000 education bursary prize for the opportunity to develop a beer educational experience.

“It takes a village to raise a child, it takes an entire brewery to make a great beer,” says Brennan Fielding, founder and master brewer at Burleigh Brewing. “We are honoured to receive this award for a second time and congratulations to all those who entered. We make a lot of great beers and Burleigh Bock is definitely a stand out.”

Burleigh Bock was first released as an exclusive brew for the most recent Beer InCider
festival held in Brisbane on Saturday 9 March. It has a 6.7% ABV.

The category trophy winners for 2019 were: