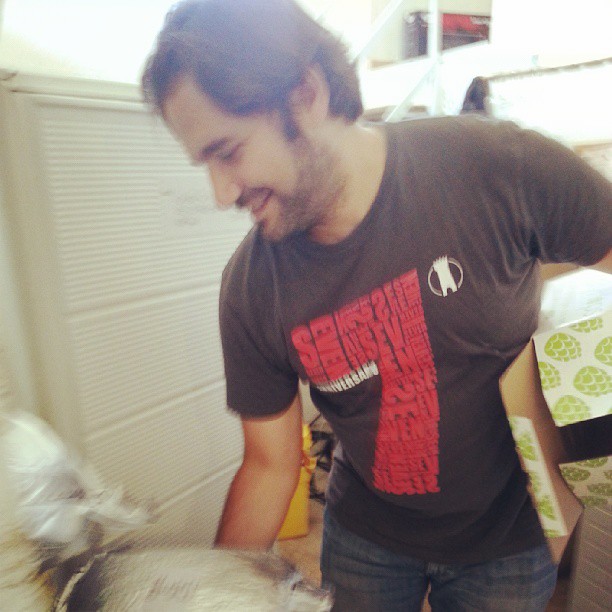 From the hints Krause is filtering through
social media, the beer, an IBA christened the ‘IBA: Italian Bergamotto
Australian’, appears to be an enterprising mix of Italian and Australian beer
cultures – Australian hop varieties Victoria Secret, Topaz and Galaxy, allied
with Bergamot oranges (usually found in wheat beers).

Krause posted through the Bridge Road Brewers
Facebook page that some of the finished product will make its way to Australia,
also announcing a similar formula will be employed in Beechworth, “if I can get
the dried bergamotto through customs”.

The bergamot orange peels for the “IBA”

The collaboration is one of a number of
loose partnerships being forged by Birra del Borgo with disparate craft
breweries – last week the Borgorose-based brewers were at Camden Town Brewery of
London for an ‘Italian Tap Takeover’ featuring several Italian craft
breweries.