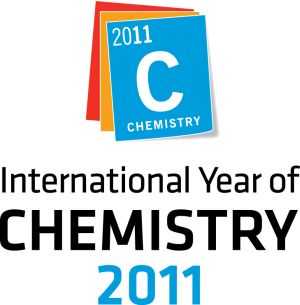 Brewers around Australia are gearing up for one of the nation’s most interesting and notable ceremonies involving the science of chemistry ‐‐ the celebration of the world’s finest beers at the Australian International Beer Awards.

The United Nations has declared 2011 as the International Year of Chemistry.

The International Year of Chemistry 2011 celebrates the contributions of the science to humanity and the role of chemistry in our everyday lives.

Without chemistry, we would not have antibiotics, modern medicines, purified drinking water, plastics, and electronics. And, importantly, no beer.

This year the International Year of Chemistry brings a new flavor to Australia’s celebration in April of the world’s best beers. With some of the world’s most prestigious scientific organizations, such as the Royal Australian Chemical Institute, brewers will be raising a glass to the science behind beer.

The IYC 2011 is an initiative of IUPAC, the International Union of Pure and Applied Chemistry, and of UNESCO, the United Nations Educational, Scientific, and Cultural Organization. In Australia, the IYC 2011 is spearheaded by the Royal Australian Chemical Institute (RACI).

President of the RACI Professor David Wood said the chemistry was often an overlooked science, yet it impacted on every person’s daily life.

“Chemistry has made an enormous contribution to the modern world. One of the ways we can celebrate chemistry is enjoying some of the fruits of our science and raising a glass of cold beer,’’ Prof Wood said.

Chemistry has given brewers new insights into the way they understand the interactions of water malt hops and yeast as they work hard to create new and interesting beers. It is chemistry that underpins the quality of beer – its foam, colour, clarity, and flavour – as well as the modern categories of light beer or low carbohydrate beer and rich and complex craft beer.

“We differentiate beers based on many factors, but the reality is it’s all based on a natural process with the wonderfully complex chemistry that only nature can deliver ,’’ said Taylor.

“We might think we’re not a nation that loves to talk about science and chemistry, but there’s conversations going on around the country about chemistry, disguised as other topics, in homes and bars every day.

“It’s appropriate that we celebrate our best beers in the International Year of Chemistry.’’

Taylor is Group Technical Director and Chief Brewer of Lion Nathan Limited. He started working life as a chemist with Castlemaine Perkins.

Taylor is a member of the Supervisory Board of Brewing Research International which provides scientific and research services to the brewing industry globally. He is past President of the Institute of Brewing and Distilling and serves on its Board of Examiners. He is also an author and contributor to Beer & Brewerin addition toa number of beer and brewing books and other publications.

For more information about the International Year of Chemistry check out the event calendar at www.iyc2011.org.au