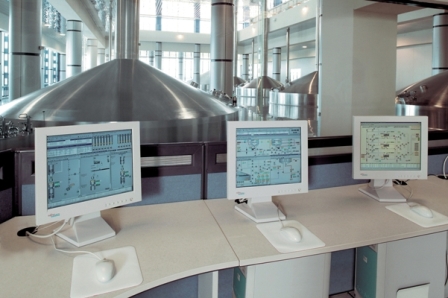 Brewers around the world are the winners thanks to a system created jointly by two specialised engineering companies – Siemens Ltd and the Ziemann Group. The result of their efforts is a comprehensive, fully automated brewing system that combines great flexibility with cost-effectiveness.

What’s more, the system is easily maintained by locally-trained personnel. Siemens extensive research project, Picture the Future: Productivity, has shown that in order to remain competitive in the global market, Australian companies need the latest and best technology. Technology like the Braumat PCS 7 process control system, a joint development of Ziemann and Siemens that was tested and developed in Ziemann’s pilot brewery.

The very first Braumat system was introduced to the brewing industry back in 1981, and since then has come a long way. The result? Three different versions of the system to cover breweries of all sizes – from a micro brewery of a few hectolitres per year capacity to major brands producing millions of hectolitres per year. These models are: Braumat Classic and PCS7 Braumat for large and very large breweries, and Braumat Compact for microbreweries.

Braumat is based on the library concept for engineering – protecting the brewery’s investment by making upgrades to the system cost-effective– with individual libraries for controlling the malt intake, brewing, fermentation, maturation, filtration and more.

Braumat is founded on the well known Totally Integrated Automation (TIA) philosophy of Siemens, where all the building blocks of the system integrate seamlessly, from board level to the plant floor, minimising the integration risk and reducing the commissioning time at site.

It is a completely scalable system and can grow with the demands of the brewery, thus ensuring the retention of the customer’s investment.

For further information, contact Daraius Battiwalla at Siemens on (02) 9491 5149 or daraius.battiwalla@siemens.com