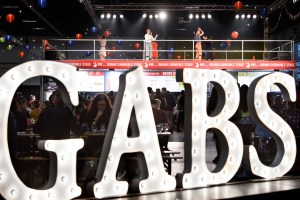 Five brewers have taken a Japanese angle for their GABS Festival beers this year.

The festival rolls into Sydney on Saturday 2 June, and visitors will have the chance to taste Japanese-inspired beers from Willie the Boatman, White Rabbit, Two Cities Brewing, Pact Beer Co and Morrison Brewery.

“Following our last two GABS beers, (Hot & Sour – Vietnamese, and Green Curry & Rice Saison – Thai) we wanted to continue with an Asian theme, this time choosing Japan,” comments Paul Morrison, head brewer at Morrison Brewery, whose festival beer is a brown ale called Umami. “One of our brewers spent some time there this last year and in discussion we came up with the idea of a miso soup-inspired ale.”

“The inspiration for this beer comes from two of our ‘beer epiphany’ moments, in Belgium and Japan respectively,” comments Alick Weber, director at Two Cities Brewing, whose festival beer is a witbier called From Tokyo to Tienen. “A trip to Belgium in the early 2000s was a key moment in our love of beer and the realisation that there was more out there than the pale lager we had grown up on. The esters, the spice, the fruit additions, all opened our eyes to the possibilities. Similarly, working in Japanese restaurants and spending time with family in Japan a couple of times over the past decade, we have developed a love of Japanese flavours. On a recent trip to Tokyo, the slightly bitter, tart, almost salty flavour of a Yuzu sorbet jumped off the plate and just cried out to be put in a beer… The name is drawn from two cities (one obvious, one less so) in the regions from which the inspiration for the beer is drawn.”

“Being a rice lager, the pre ‘cooking’ of the cereal is going to be an interesting challenge, and with the rice pigment being so important to the beer, the transfer of the cooked product, liquid and all, will be as well,” says Kevin Hingston, director of Pact Beer Co, who has created a specialty beer called Nomihodai.