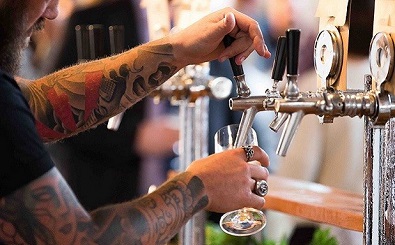 The association has said that it has taken the action as part of its purpose which is to “promote and protect American craft brewers, their beers and the community of brewing enthusiasts”.

Julia Herz, Program Director at the Brewers Association said: “Language has been added to address beer marketing with sexually explicit, lewd, or demeaning brand names, language, text, graphics, photos, video, or other images. An Advertising Complaint Review Panel will address issues as they arise should a voting member brewery lodge a complaint tied to the code.

“The updated code will apply to winners of the BA’s competitions, the Great American Beer Festival (GABF) and World Beer Cup. Beginning in 2017, brand names that are determined to not meet the Marketing and Advertising Code, and that win a medal or award, will not be permitted to use the GABF and/or World Beer Cup intellectual properties (trademarked names and logos) when promoting the winning beers.

“Additionally, the brand name will not be announced on stage during the award ceremony or promoted in competition materials, such as the winners’ list. The brewery producer and style of the beer will be announced/listed, but not the beer name itself.”

Herz added: “The Brewers Association believes in free speech, innovation, and creativity. As businesses, brewers can and should name and market beers in the manner they desire. However, the Brewers Association also believes that beer marketing should represent the values, ideals, and integrity of a diverse culture. We will not be a platform to promote or celebrate any brands that do not meet the Advertising and Marketing Code.”

The association said that the move is not a response to one specific brand or brewery, but more so a compilation and an increase in the conversation among beer community stakeholders regarding diversity and inclusion.

The changes were announced at the recent Craft Brewers Conference & Brew Expo America, which also saw the Diversity Committee meet for the first time. The committee said it will use 2017 “primarily for gathering information” regarding diversity and inclusiveness in the industry as a whole.