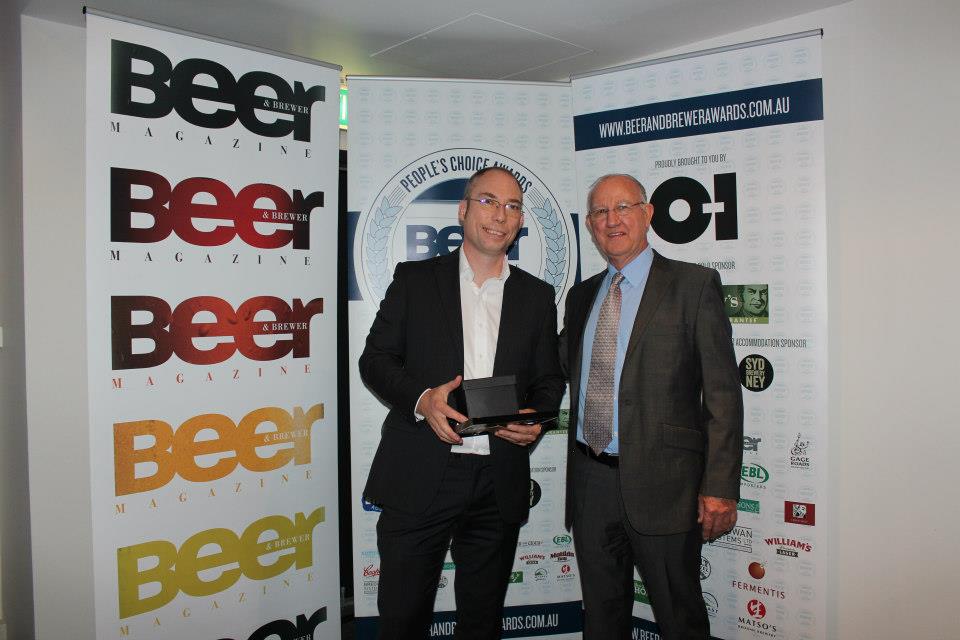 The Beer & Brewer Awards were presented for another year with the best of the Australian, New Zealand and International beer industry lauded at an awards presentation dinner at the Sebel Hotel in Surry Hills last night.

Celebrating everything from beers to brewers, beertenders to venues and online retailers to good old fashioned off-premise stores, the awards are a highlight on the beer industry calendar every year.

This year the major awards were even more hotly contested this year with Shawn Sherlock of Murray’s Craft Brewing Co taking out the title of Brewer of the Year.

Fresh from a win at the Australian International Beer Awards, Will Irving, of Feral Brewing Co, took home Young Brewer of the Year.

In the other major awards, the Best Australian Beer of 2012 went to the much-loved Hop Hog by Feral Brewing Co and Best Beer Venue was snagged the very deserving Wheatsheaf Hotel (SA).

In the People’s Choice category, the Australian Hotel came out on top, winning both the Best Beer Venue and the Best Beer (Australia) categories. Best Beer (Imported) went to Murphy’s Irish Stout.

It was a great night, and with something like the equivalent of nine litres of beer per person donated by sponsors – including the never before drunk revamped Sail & Anchor range – a very good time was had by all the attendees, winners and sponsors.

A big thank you to everyone who made it possible and congratulations again to all the winners.

For more images of the night’s celebrations see our Facebook page.

Brewer of the Year

Young Brewer of the Year

Brewer of the Year (NZ)

Beertender of the Year