New Zealanders have become the first in the world to power their cars with commercially available biofuel, made from the by-product of beer.

‘DB Export Brewtroleum’ was unveiled at a Gull petrol station in Auckland this week, with hundreds of customers invited to fuel up to mark the launch.

Following extensive testing and research, New Zealand beer brand DB Export is the first company to make beer-derived biofuel commercially available and has produced an initial 30,000 litres of ethanol that has been mixed with premium petrol to make 300,000L of biofuel, which will be sold at 60 Gull petrol stations across New Zealand’s North Island.

Made using ethanol derived after brewing DB Export beer, Brewtroleum emits 8 per cent less carbon than traditional petroleum and, when compared, delivers the same performance. This means every time someone drinks a DB Export beer they’re helping to create an environmentally-friendly biofuel that can be used in most engines that run on petrol.

DB head of domestic beer marketing Sean O’Donnell explained that like many great Kiwi inventions, DB Export Brewtroleum was an idea sparked over a few beers.

“This is a genuinely exciting opportunity. It’s a world first, we’re helping Kiwis save the world by doing what they enjoy best – drinking beer. We saw the opportunity to take the natural by-product of the brewing process and turn it into something that can genuinely help the environment. To now be selling it through a major petrol retailer like Gull shows the power of not just having smart ideas but turning them into reality,” said O’Donnell. 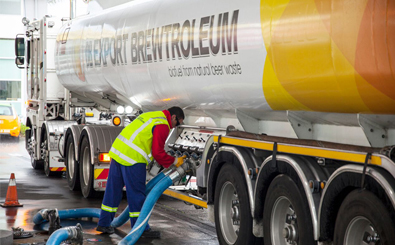 “We’ve been making biofuels since 2007 and are always keen to help out anyone interested in producing cleaner fuel. We applaud DB Export for showing a bit of Kiwi ingenuity – it just goes to show how many opportunities are out there to make viable biofuels and help the environment,” he said.

DB Export Brewtroleum is the first in a series of ingenious “ideas over beers” that DB Export will roll out in the coming months as part of its “Made by Doing” campaign.

Check out the quirky video of how DB Export Brewtroleum is made below.