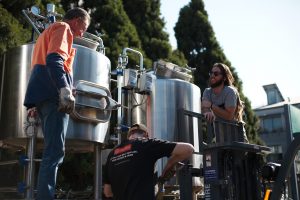 Batch Brewing Co has opened its second brewery, located at the back of Public House Petersham (PHP).

The new Batch Nano-brewery will be used as a pilot brewery, where the Batch team can experiment and create new and original beers. Each batch will be around seven kegs’ worth of beer. Experimental beers and community collaborations are expected, while the brewers there will also have the opportunity to fine tune existing favourites and to bring back other favourites that are not as viable on a larger scale, such as Peaches and Cream Farmhouse.

The new brewery will feature a public tasting bar, which will host a selection of cans and bottle-conditioned brews for purchase that won’t be available anywhere else. It will also host collaborative events between PHP and Batch.

“We’re at the point where we need to expand, but we want to stay true to what we believe craft beer is about while staying true to our community,” says Andrew Fineran, founder of Batch Brewing Co. “As such, we’ve decided to go smaller, rather than go bigger. We wanted to find a place where we can create conceptual brews, while still serving our community.”

PHP, which has also been run in its current guise for around five years, has had a long association with Batch and other Inner West breweries, and from the moment Batch opened it has had a beer on PHP’s tap list. Head chef James Elliott will be creating a menu of beer-inspired food, making the most of fresh beer and spent grain from the new, next-door brewery. 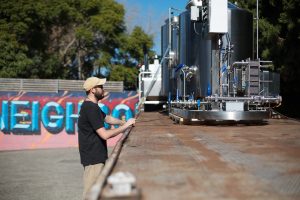 “Batch and PHP have been supporting each other since day one,” adds Gem Williamson, general manager of PHP. “Batch was one of the first beers ever tapped at PHP and since then our relationship has gone from strength to strength. They’ve always been massive supporters of our community initiatives, which is something that is equally important to them. This next phase just made sense to us.”

Batch and PHP are celebrating the opening of ‘Small Batch’ with a party, which will be held from 1pm on Saturday 3 August, and work is already underway to create the first collaborative batch.