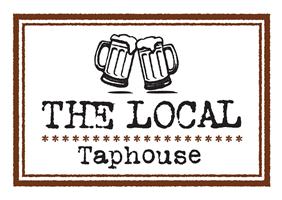 The Great Australian Beer SpecTAPular will take place in Sydney and Melbourne on Saturday February 12th at The Local Taphouses, Australia’s most awarded* specialist beer venues.

22 of the best craft breweries from around Australia are currently brewing away to create a special brew for the festival. The beers will be either “one offs” created especially for the event, or the pre-release of some new and unique beers.

Some of the beers include a Belgian Red Ale with cranberries and whiskey-soaked cherries, a Maibock strong lager, an Organic Blueberry Hefeweizen, a Traditional Bitter, a jasmine infused India Pale Ale, a Coconut Brown Ale, a Double Belgian Wheat Ale, an Imperial Mocha Porter, a Kellerbier matured on roasted oak chips, a Belgian Wit Raspberry beer with coriander and sweet orange peel, a strong Scotch Ale (aka Wee Heavy), and a Chocolate Chilli Porter.

The Local Taphouse’s seasonal SpecTAPulars each have a different beer theme and have become a firm fixture on every beer lover’s calendar.