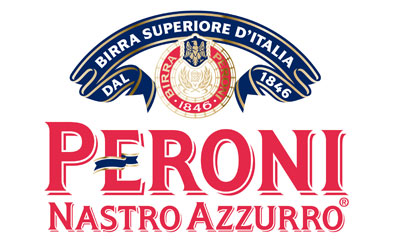 Japanese brewer Asahi has made a binding offer of €2.55 billion ($A4b) to buy the Peroni, Grolsch and Meantime beer brands from SABMiller and AB InBev.

The deal comes as AB InBev looks to gain regulatory approval for its planned takeover of SABMiller; the Asahi offer is conditional on the completion of AB InBev’s acquisition.

Alan Clark, chief executive of SABMiller said: “SABMiller has grown Peroni and Grolsch into world-renowned premium brands, and we are confident that, along with fast-growing modern craft brewer Meantime, they will continue to thrive and develop. These beers will continue to be part of SABMiller and sold and managed by us until the change of control.”

The binding offer includes the brands and operations of Royal Dutch Grolsch NV, Birra Peroni, Miller Brands UK, the Meantime Brewing Company and SABMiller’s sales and marketing office in France. The global rights to the Grolsch, Peroni and Meantime brands are also included in the scope of the binding offer.

The deal does not include the rights to the Peroni or Grolsch brands in the United States, as they are owned by MillerCoors.

The offer will now be considered by AB InBev and will go through the required employee consultation, but AB InBev said that it is now in exclusive talks with Asahi about the brands. Speculation has been rife about who would take over the Peroni and Grolsch brands since it was first announced that they would be sold. Asahi has managed to outbid Thai Beverages, the brewers of Chang Beer, as well as a number of private equity groups in order to gain exclusivity and the binding offer.

Jeremy Cunnington, senior analyst alcoholic drinks, Euromonitor International said the deal will give Asahi a strong opportunity to diversify from its domestic market and improve its margins.

“Asahi’s €2.6bn purchase of the Peroni and Grolsch brands and local operations is of little surprise as it looks to diversify away from its stagnant, low margin, domestic market which accounted for over 90 per cent of the company’s global beer volumes in 2014,” Cunnington said.

“While the acquired brands’ core markets of Italy, Belgium and the UK offer limited volume growth opportunities their premium focus, especially in the UK and Belgium, allows the company to not only diversify is revenue stream but improve margins.

As well as these brands AB InBev’s proposed takeover of SABMiller has also seen the sale of MillerCoors to Molson Coors and there are still questions over SABMiller’s CR Snow joint venture for the world’s biggest selling beer, Snow, which is brewed in China.