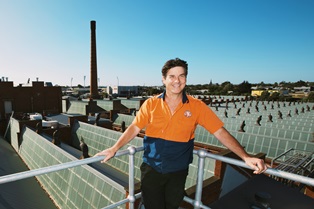 Pawsey was the interim head judge at this year’s AIBA, which are conducted by the Royal Agricultural Society of Victoria (RASV) in partnership with Federation University Australia.

“It was a great privilege to lead a team of talented judges with a diverse mix of backgrounds and a wealth of experience for the first time this year. When the RASV approached me to continue my role as head judge I was thrilled to accept. The awards are incredibly important to the global brewing industry and a wonderful opportunity for brewers of all sizes to mix with the best in the business,” said Pawsey.

With more than 27 years’ experience in the beer and brewing industry, Pawsey is also a judge at the World Beer Cup, the Great American Beer Festival and the New Zealand Beer Awards.

“Warren’s extensive experience and global knowledge has made him a valuable part of our dedicated team and we are thrilled that he has agreed to stay on as head judge,” said RASV CEO Mark O’Sullivan. “Many thanks also go to our previous head judge, Brad Rogers. It’s been a privilege to have such a passionate and prolific judge in our midst.”

In response to industry feedback, the AIBA will hold its judging period next year over three consecutive days, May 13-15, in the lead up to the 2015 Good Beer Week, May 16-24. This new format will allow international and interstate judges the opportunity to be part of the AIBA Presentation Dinner as well as the Good Beer Week festivities.

“The AIBA are a benchmark for the global beer industry and with our events coinciding with Good Beer Week next year, we will be able to drive greater consumer awareness of the quality and diversity of beer styles available in Australia and internationally,” saidO’Sullivan.