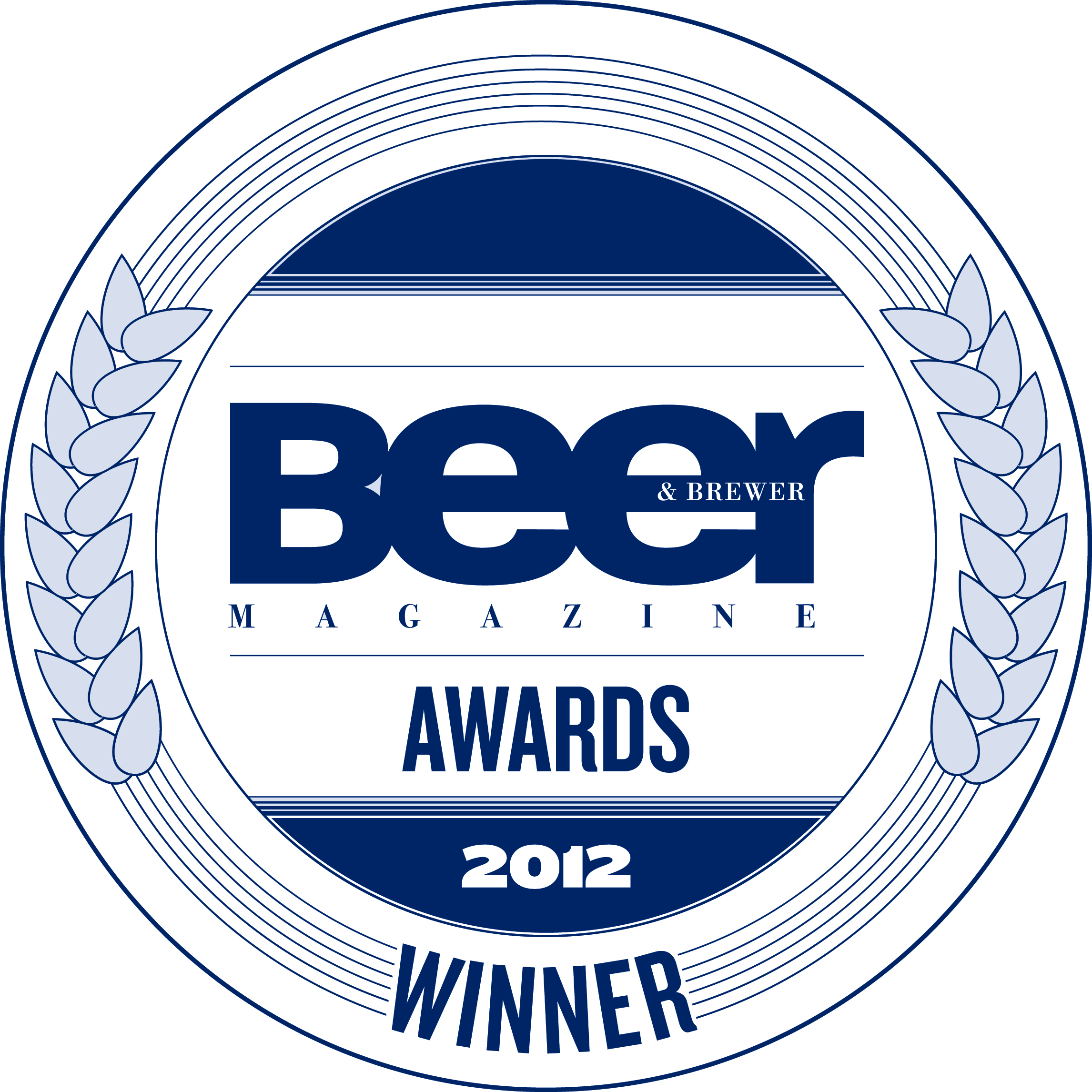 The results are in and the beer caps have been popped! And it looks like the big winner in the Beer & Brewer Awards was the craft beer mavens at Hashigo Zake in Wellington. Taking home three awards – including the coveted Overall Best Beer Venue, Best Small Bar, and Best Beer List – they have clearly established themselves at the top of the category with both beer fans and industry insiders.

Young brewer of the Year went to the talent Matt Warner of ParrotDog while the hotly contested Beertender of the Year Award went to Scott Boswell of The Hop Garden in Wellington. And, finally, Best Large Pub was taken out by Galbraith’s Alehouse in Auckland and Best Bottleshop (more than 300 beers) was won by New World Thorndon inWellington.

The breadth of the talent and depth of the beer obsession across New Zealand made the competition even tougher in 2012 than in previous years, meaning that the winners are even more deserving – if that is possible!

In order to achieve victory, the winners of the awards are chosen by a strict set of criteria that takes into account judges opinions, industry information and relevant sales data. For full terms see the bottom of this article.

Industry/Medianeed to nominate their top 5-10 per state/region and then top 5-10 for the country (NZ country only is good) with number 1 being the best and can nominate in any category, excluding their own products/events/staff, & not judge categories related to/conflict of interest. Where a venue, beer or person seems to win year on year, other venues will be given preference to share the accolades as we want to recognize as many venues as possible, year on year.
—————————————————————————————————————-
People’s Choice Awards
oMost votes wins
oVoting received via www.beerandbrewerawards.com.au, June 4 – July 31, 2012.
oAwarded to Best Beer Venue (over all categories excl. beer and cider), Best Beer (Local), Best Beer (Imported)
—————————————————————————————————————-
BEST BEER VENUE/BAR/BOTTLESHOP/BEER LIST (ON-PREMISE ONLY)
25% people’s choice, 75% industry/media nominations, with final awards decided by judging panel:
Criteria:
Venues can only win if serving a combination of local and imported beers, a good selection of draught and bottled beer, and no or minimal signs of selling parallel/grey market imported beers. As well as: In-store tastings and events/dinners, beer of the month, No sign of a majority of taps in contract with just two-three suppliers, Beer & food pairing on the menu, Glassware for different brands or styles, Staff knowledge and good storage / rotation of stock / clean lines, Ambience of the venue is conducive to beer – hard for a wine/cocktail bar to win, Beer list is conducive to local customers, includes limited/seasonal releases, Best beer venue includes all venue categories and web site, eDM, beer list, beertender, brewer, ads, promotions, events. Beer layout by style for on-premise and store layout by country and brand for off-premise. Added points for cider and whisky selection, Growler/Rigger fills and selling Beer & Brewer magazine.
For next year we plan on asking the breweries and distributors for their Top 10 customers, which will provide another criteria for the best beer venue categories.
—————————————————————————————————————-
BEST SPECIALTY (THEMED) BEER VENUE
Created to recognize venues that don’t sell a combination of local and imported beers, rather specializing in local or imported beer, including brew bars/pubs, microbreweries, venues that have beer theme such as in their venue name, or venues that class themselves as beer cafes. A bar that also sells cocktails and wine in any great proportion to the beer selection can’t be a specialty beer venue – same goes for its events and interior decorating, everything needs to be beer centric.
—————————————————————————————————————-
BEST MICROBREWERY/CELLAR DOOR
Looks at the tourism of the industry, with the best microbrewery being open to the public with a cellar door or retail environment, offering food, takeaway sales, consuming on site, the beers are great, served draught and bottled, you can experience a brewery tour, meet the brewer. This can also be a brew bar or pub.
—————————————————————————————————————-
BEST RESTAURANT/CAFÉ
A venue, preferably a restaurant, that has great food, and a great beer list with local and imported beers, ideally making beer & food matching suggestions on the menu, knowledgeable staff, serving in the correct style glassware.
—————————————————————————————————————-
BEST BREW BAR/PUB
Can be a venue that is owned by a brewery, not brewing on site (bar) or a venue that brews on site (pub). Looking for serving guest beers and imported beers (not essential), draught and bottle. Events, ambience, staff knowledge. Glassware, Good food.
—————————————————————————————————————-
BEST BEER (LOCAL-AUSTRALIA, LOCAL-NEW ZEALAND, IMPORTED), BEST HOMEBREW CAN KIT
25% people’s choice, 25% industry/media nominations, 25% previous best beer venue retailer sales on- and off-premise (qty of beers in lists and rank), 25% beer awards, gold medals and trophy wins (qty of beers and
Criteria:
Awards – success of winning a trophy or gold medal over the past 12 months to September 2012, across beer, brewing, liquor and hospitality awards.
Only beers that are available in Australia or New Zealand are eligible to win the Best Beer category.
—————————————————————————————————————-
BEST BEERTENDER (on- and off-premise)
The Beertenders are the gatekeepers for beer suppliers to the on- and off-premise venues and ultimately consumers. They need to ensure the customers are the ones that decide if a beer gains a chance, rather than the buyer. Obviously this is not always the case when space is limited, it’s the buyer’s decision. The important characteristic of a Beertender is being impartial to local, imported and mainstream beer. After all, tasting beer is a journey which usually begins with mainstream beer and over time from friends, travelling or beertenders offering a craft or imported beer, does a customers awareness of the world of beer grow. Meaning beer snobbery will not win this category, rather a beertender that accepts a customers choice and challenges their palate to move to craft and imported beer where the GP and revenue growth is.

Shortlisting finalists – 25% people’s choice, 75% industry/media nominations, Winners jduged – 50% written, 50% practical tests (this was not done for the 2012, will start for the 2013).
Criteria:
Product knowledge of the venues draught and bottled beer, what styles and ABVs they are, and if lesser known beers, then able to mention similar well known brands to assure customers decision. Beer knowledge of beer styles & characteristics, brewing process, key ingredients, able to pick up main beer faults or cardboard (oxidised/aged), butterscotch (diacytel) and xxx. Service – glassware by beer style, beer & food pairing, personality and passion. Being able to recommend beers based on occasion and tastes. Hosts events like beer dinners and beer of the month tastings. Able to change kegs, clean beer lines, understands cask beer and beer engines/hand pumps, hoppinators, growlers, riggers, all the different options available these days for pouring beer on and off-premise
—————————————————————————————————————-
BREWER OF THE YEAR / YOUNG BREWER OF THE YEAR
25% people’s choice, 25% industry/media nominations, 25% previous best beer venue retailer sales on- and off-premise (qty of beers in lists and rank), 25% beer awards, gold medals and trophy wins (qty of beers and rank)
Notes:
Beer awards include (Australian International Beer Awards (Vic), Sydney Royal Beer Competition (NSW), Perth Royal Beer Show (WA), Royal Adelaide Beer Show (SA), Royal Qld Beer Show (Qld), Brewers Guild of NZ Awards, International Beer Challenge (UK), World Beer Awards (UK), European Beer Star (Germany), Word Beer Cup (USA), Australian Cider Awards (NSW). Packaging awards are not taken into consideration. A brewer is only eligible to win the award when they have been listed in at least two of the above three criteria. When a beer has been nominated, the head brewer who is responsible for signing off the brew on a day to day basis has been listed as the brewer. We recognise a team of brewers are ultimately responsible for the beer in some cases and the team should share in the success.
—————————————————————————————————————-
BEST ADVERTISING PROMOTION/OFFER/GWP/ BEER/RETAIL AD (PRINT, RADIO, TVC, ONLINE)
25% people’s choice, 75% industry/media nominations, then judged by Beer & Brewer Editor and Publisher.
For venues and breweries/distributors coming up with effective and entertaining P.O.S. offers to drive sales of beer.
—————————————————————————————————————-
BEST BEER EVENT
A good selection of exhibitors of local and imported beers, food exhibitors, educational sessions for tasting beer, meet the brewer, food pairing, optional homebrewing, can be conferences, festivals, dinners, expo’s. Good RSA, value for money for visitors, well attended based on the festival capacity. Live entertainment is optional as applicable mainly to festivals.
—————————————————————————————————————-
BEST E-NEWSLETTER / BEST WEB SITE / BEST ONLINE RETAILER
25% people’s choice, 75% industry/media nominations, then judged by Beer & Brewer Editor and Publisher.
eDM – news heavy for new beers, events, offers. Templated/consistent, frequency at least monthly, able to show click through and open rate stats
Web site – functional, good layout and balance of text/images, SEO, e-commerce, content rich about venue or brewery and beers, search function. Able to show growth stats
Online Retailer – same as web site, focusing on the e-commerce, plus they should have an eDM min monthly frequency, good selection of local and imported beers, well priced delivery. Able to show revenue grow stats.