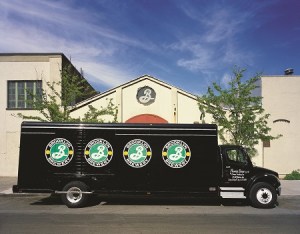 Lion will take over the marketing, sales and distribution of Brooklyn Brewery beers in Australia in a new agreement signed with the US brewer.

In addition the new deal will also see Little Creatures Geelong brew Brooklyn Brewery Lager under licence, with the broader range of Brooklyn Brewery beers continuing to be imported for distribution.

Speaking about the agreement Lion’s General Manager Craft, Gordon Treanor, said: “Brooklyn Brewery is one of the world’s most iconic craft breweries and has played a fundamental role in the growth of craft beer in the United States and across the globe.

“They’ve got an outstanding track record over the last two decades of building successful craft brands. We are also very appreciative of the work that Coopers has done in successfully establishing the Brooklyn brand in Australia.”

The new agreement will commence on 17 December 2018, and Brooklyn Brewery stock will be available for trade to order through Lion from that date. Brooklyn Brewery beers will be distributed through Malt Shovel