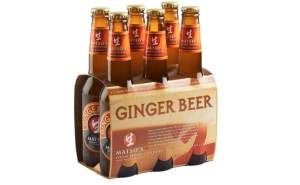 Gage Roads Brewing Co has announced that it has executed a binding agreement to acquire 100% of the shares in Matso’s Broome Brewing for $13.25m.

The deal also includes a further $2.8m in cash or scrip, which is subject to the achievement of a performance criteria, which is mapped out over the next three years.

“We have a long-standing relationship with the Peirson-Jones family having provided brewing and packaging services for Matso’s since 2007,” he explains. “We’re therefore delighted to reach an agreement that will see Matso’s join the Gage Roads family.

“We’re looking forward to adding Matso’s to our portfolio and broadening our offering of high quality brands to our customers. The Peirson-Jones family has achieved terrific results with Matso’s, including having created Australia’s market leading Ginger Beer. We now have an exciting opportunity to position the brand for further growth through our national sales team.”

Matso’s is owned by the Peirson-Jones family in Broome and is best known for its Ginger and Mango beer varieties.

In a statement to the ASX, Gage Roads outlined what the deal means to the brewery, saying: “The acquisition represents a major expansion of the Gage Roads brand portfolio. The additional Matso’s brands at current volumes and strong profit margins provide Gage Roads the opportunity to leverage its existing national sales, marketing and distribution capability and deliver sustained earnings growth.

“Our history and knowledge of the Matso’s brands and existing production capability minimises integration and sales risks allowing the incremental margins to truly flow through to and complement existing earnings in full.

“With Gage Roads’ strength of people, sales, marketing and distribution expertise we anticipate outperforming current volumes and growing the Matso’s brands to their full national potential.”

Gage Roads said that it will undertake a $10m placement to institutional shareholders and a $2m share purchase plan as part funding of the transaction.