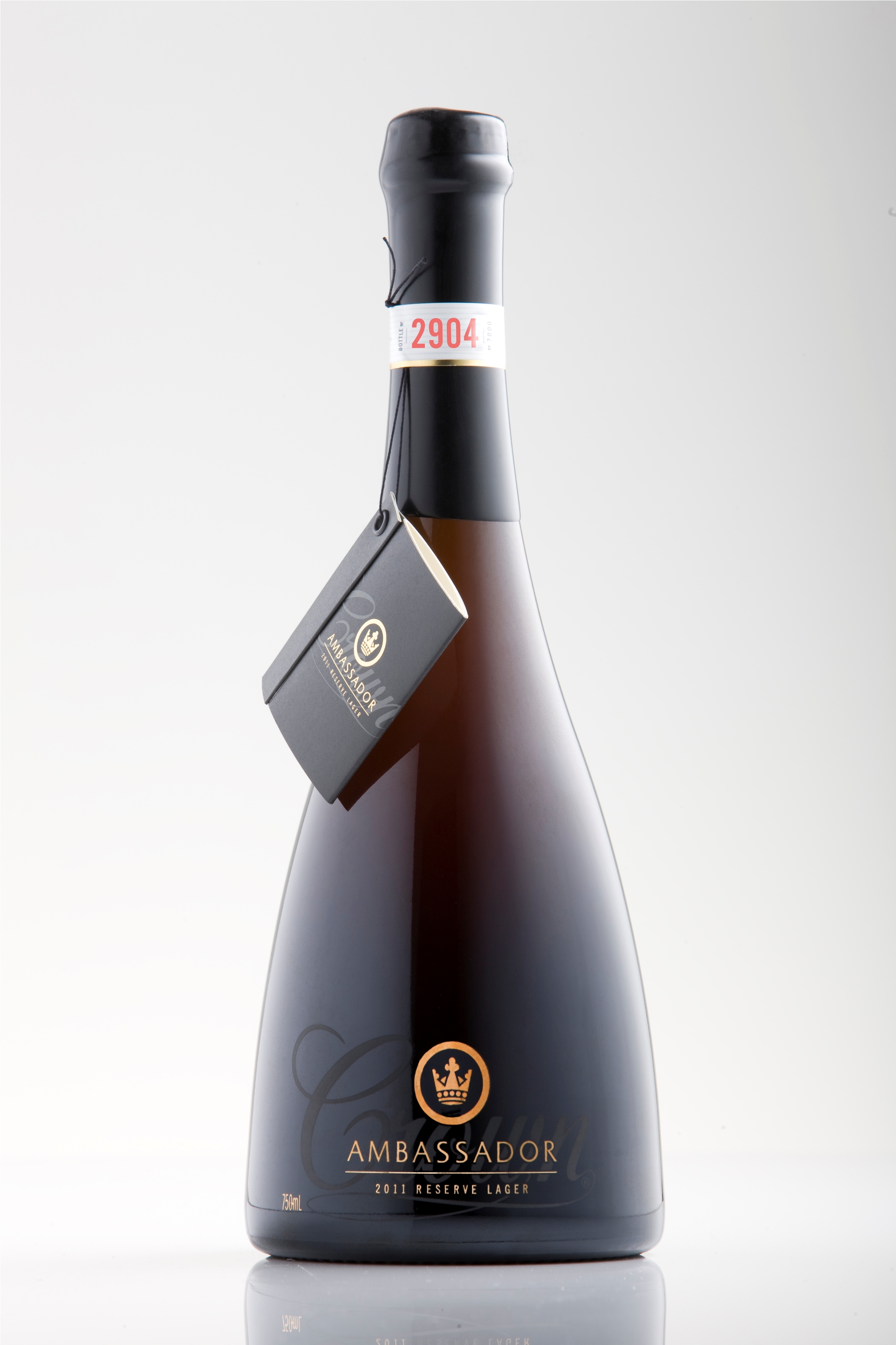 Eight months since the first hops were hand-picked from the bine; 14 November 2011 marks the official launch of the fourth annual vintage of the highly-anticipated Crown Ambassador Reserve Lager 2011.
True to the first three vintages, it retains many of the trademark qualities including the signature ingredient, fresh Galaxy hops. These hops were all hand-picked in Myrtleford, Victoria on 21 March this year, and added to the kettle the very next day.First released in 2008. Each of the 5,000 bottles released in 2011 are individually numbered, hand-waxed and finished in an opulent presentation case. The high demand expected for the limited fourth vintage means the bottles will likely be regarded a collector’s item by 2012.

In its creation, the masterful Crown brewing team led by John Cozens is not content to reproduce a taste already experienced, so each year’s vintage is distinctive, with the only goal to brew a finer and more complex beer than before. This year has seen a portion of the brew mature for three months in brand-new French oak barrels sourced from the renowned Dargaud et Jaegle (D&J) cooperage in France. The final blending has seen this barrel-aged brew make up three to four per cent of the final lager.

According to Crown Ambassador Reserve Master Brewer, John Cozens, using the French oak barrels was something untried at Abbotsford before – and hardly tried in Australia – and delivered a complexity in the final lager even he did not predict.

“We have never used brand-new French oak barrels in the maturation process before and the result has blown us away – the lager has soaked up the ‘new wood’ notes associated with the first-time use of the barrels and this is evident in the layering of the tank brew with the barrel-aged brew,” explains Cozens.

“We couldn’t be more thrilled with the 2011 vintage, the flavour is intriguing, and like nothing we have produced,” says Cozens.

For those who can wait, patience will again be rewarded as the beer develops and matures with age. Unlike other beers, it should be cellared at or around 15 degrees Celsius for optimal drinking for up to 10 years (recommendation is to wait at least three years).

Crown Ambassador Reserve Lager was established to showcase the brewing credentials of the Crown brewing team, offer something new to Crown drinkers and to honour Crown Lager’s longstanding history dating back 90 years. First brewed in 1919, Crown Lager was originally reserved for visiting ambassadors and dignitaries, until Her Majesty Queen Elizabeth II made her first visit to Australia as Queen in 1954, when it was released to the public. So in remaining true to the original brew, the same base ingredients are used, including the best malted barley, Crown Lager yeast and Pride of Ringwood hops.

In tribute to this history, each year, the number one (0001) bottle of Crown Ambassador Reserve is delivered to Her Majesty to celebrate the anniversary of her coronation and this year will be no different. It’s expected the 2011 vintage will join the number one bottle of the 2008, 2009 and 2010 vintages in the Royal Cellar.