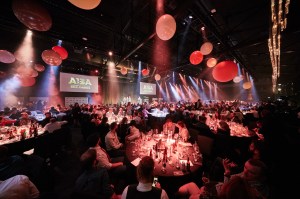 “For Beerland Brewing to be recognised as one of the best in our industry with such a prestigious award is both extremely humbling and delightfully surprising,” said Ken Arrowsmith, Beerland Brewing’s master brewer. “Our talented team has been working very hard to craft a unique core range of Beerland Beer at our breweries. Australia’s craft beer culture has become extremely sophisticated since we opened our doors in Northbridge four years ago. We are excited that our range lives up to these expectations and we’re now able to get creative with our small batch seasonal brews and uncover some amazing gems in the process.”

“Interest in AIBA continues to grow – this year we had entries from 28 countries and almost every state of Australia”, said Paul Guerra, CEO, The Royal Agricultural Society of Victoria (RASV). “We also added new sub-classes to the competition to ensure we are adjusting to the trends of the expanding beer market, which give participants another benchmark to strive for and gives consumers confidence in purchasing high quality products. In all, 19 major trophies were also awarded across the various beer styles, with nine awarded to international breweries, four to New South Wales-based breweries, two each to Victorian and Western Australian breweries and one each to breweries from Queensland and Tasmania.

“A big thank you to the exhibitors for their constant drive and dedication to delivering high quality and excellent brews, which we have seen in this year’s awards. Your passion in producing exceptional beer continues to strengthen the industry’s reputation.”