International Beer Day falls on Friday 3 August and breweries, hotels, pubs and bars will be celebrating across the country.

The Brewers Association of Australia has paid homage to the contribution modern beer makes to the economic and social life of Australians from grain to glass.

Here are some things to look out for: 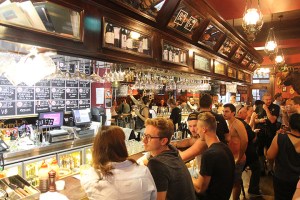 The Good Beer Company is teaming up with Young Henrys to celebrate all things great beer in Sydney. Customers will be able to purchase Newtowner Pale Ale beers at retail price, with all proceeds from the sales of that day going to charities. The DOG Hotel will donate to Prince of Wales Hospital in Randwick, while The Keg & Brew will donate to Oz Harvest. Around $1,000 is expected to be raised over the course of the day. 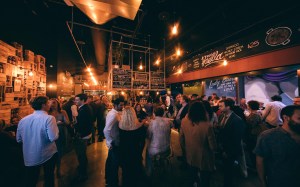 “People can can expect an early taste of summer when they try this ale,” says Kirby. “The raspberry creates a slightly tart flavour, whilst the honey brings a hint of banana to the brew. The taste is not unlike that of sour peach heart lollies – light, crisp and refreshing – one that even non-beer drinkers will appreciate.”

To further celebrate International Beer Day, anyone who purchases a pint of Raspberry and Honey Blonde Ale on Friday 3 August will go into the draw to win an exclusive ceramic Lady Burra Growler filled with the speciality beer, handcrafted by local pottery designer Guy Ringwood. 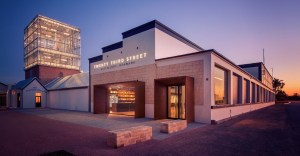 Dubbed A Craft Partnership, the paddles will be launched on 3 August, featuring five core beers of the two breweries, and will continue to be available throughout the year. There will be live entertainment, gourmet pizzas and grazing platters at the launch event as well.

“It’s a chance to get some of the locals involved,” says Jeff Wright, head brewer at Vale Brewing. “We’ll let people know that it’s a place where they can get a quality beer, as well as quality spirits.”