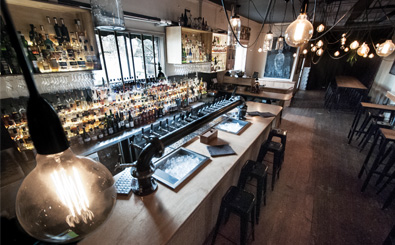 The Back Room Bar at Carwyn Cellars boasts a rotating roster of 16 draught beers. Ben Carwyn is the owner, while Ben Duval manages the 50-patron space, which always has new beers to discover.

“Not all craft venues are created equally. At Carwyn the 16 taps always seem to pour genuinely interesting stuff, rather than a parade of ho-hum hop-bombs. It’s no surprise the bar has been rammed every weekend since 2014, when owner Ben Carwyn renovated his bottleshop’s stockroom.” – Nick Connellan, Beer & Brewer, Broadsheet